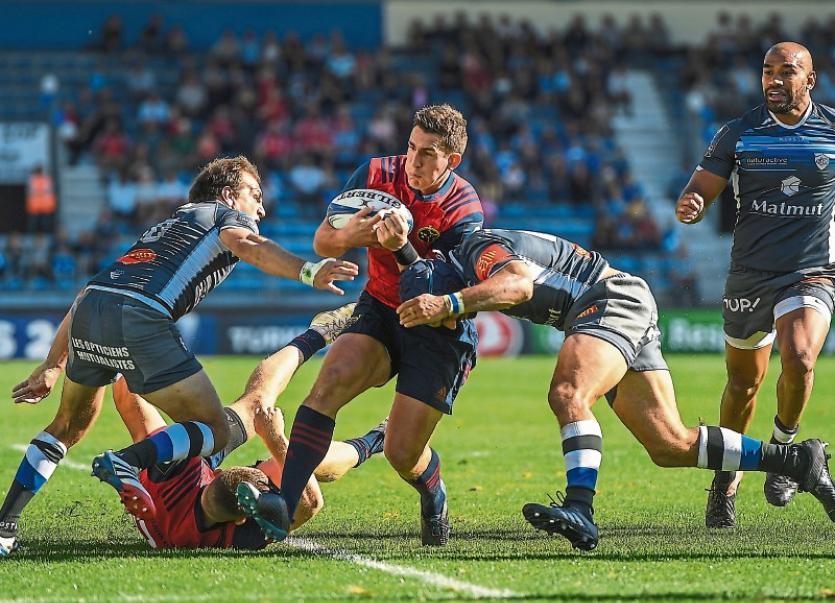 Munster have a lengthy injury list ahead of Saturday’s game which will be the fourth meeting between the clubs in the European Cup.

Keatley believes victory for Munster against Toulon, given their injuries and the star-studded nature of the Toulon squad, would top anything the current squad has achieved to date.

Munster also made the semi-finals of the Champions Cup 12 months ago before succumbing to Saracens in Dublin, while the province also reached last season’s Guinness Pro14 final.

Keatley said: “Since I have been here, I have had five different head coaches, the amount of players that have come in and come out over the past couple of years, I think it (win on Saturday) would be such a huge achievement for this particular squad at the moment.

“If we perform against Toulon and come out with a win we have put ourselves in a really good position to go and win silverware.

“You are only two games away from winning silverware, so it is massive. We were talking about it the other day and I am the third oldest in the group, Billy (Holland) is the oldest and Duncan Williams, the second oldest.

"It is quite a young squad and the only way they are going to get experience is to play in these quarter-finals and hopefully semi-finals. It is going to be massive for the squad and we are looking forward to the challenge."

Keatley is looking forward to renewing rivalry with Toulon, a side he kicked 11 pints against in that 2014 semi-final at the Stade Velodrome when the Top 14 side claimed a 24-16 win. Jonny Wilkinson kicked all of their points,

"It was an unbelievable game. I remember Zeebs made that unbelievable tackle on (Delon) Armitage in the corner which kept us in it and then we had another chance, I think I had a kick from the half way off to the right and if I had gotten the kick it would have put us in the lead.

"Rugby is such a funny game with momentum and swings that if you do put yourself slightly ahead of them they have to maybe chase the game and bit more and you might create more chances, attacking wise by them trying to pass the ball a bit more.

"We need to be on the money from the word go on the weekend.”

The out-half will also be hoping to be involved in this summer’s three-test tour to Australia.

“I was there in November (with Ireland)  and I was there for the whole of the Six Nations, so I feel I'm building nicely. For the summer, it's all going to depend on how these games go this weekend and moving forward.

“I'm just going to try and put my best foot forward. If you don't perform in these games, you don't have a right to put that question forward for the summer. I have to concentrate on performing for Munster first."