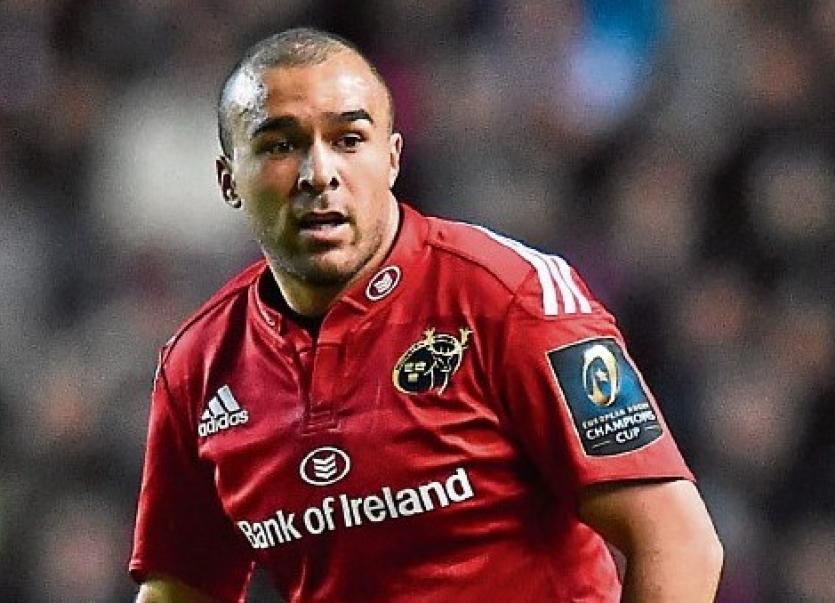 Simon Zebo - Will train this week at some point, but is a doubt for Saturday

Munster and Ireland stars Simon Zebo and Andrew Conway are both expected to train at some stage this week, however the back field duo remain big doubts for the Champions Cup quarter final with Toulon at Thomond Park (3.15pm)

The Munster squad began preparing for a huge weekend at the High Performance Centre in UL this Monday.

Saturday’s Guinness PRO14 victory against Scarlets came at a cost with Tommy O’Donnell suffering a recurrence of the shoulder injury that sidelined him recently. The back row forward requires further consultation and will play no part this weekend.

Worryingly for Rory Scannell, the centre is following return to play protocols after the 19-7 win. With day to day access to medical advice, players have been known to return to play a week after sustaining a concussion, so Scannell has not yet been ruled out.