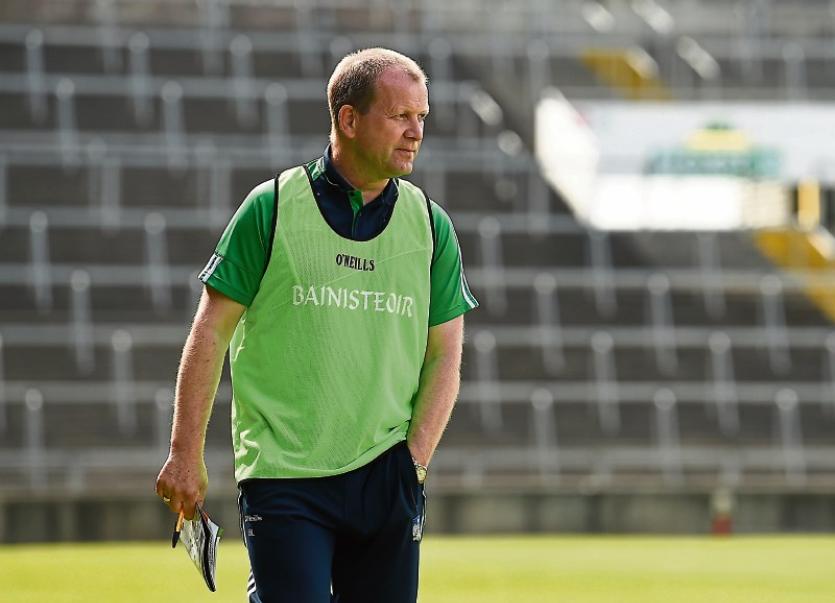 LIMERICK football manager Billy Lee has hit out at “disrespect” and a “lack of leadership” from Croke Park officials.

Lee was speaking of the postponement of Limerick’s Allianz Football League game against Wicklow in Aughrim over the St Patricks Bank Holiday weekend.

While a CCC meeting in Croke Park on Tuesday was non-committal to refixing the round six Division Four game, Lee and Wicklow manager John Evans have tried to find an alternative date this week but again the Limerick manager said it was like “running against a brick wall” due to Croke Park obstacles.

“The way things happened over the the last weekend was very disrespectful and we were all put out by it and then during this week they (Croke Park) are making it very very hard to allow us play this game,” Billy Lee told the Limerick Leader this Friday.

He explained: “The match was called off at around 7.40am on Sunday morning (March 18) which was fine and we have no issue – no one had left their house. We were told the game had gone to Monday (Bank Holiday March 19) – no one was asked we were just told that it was going on 24-hours. We didn’t think much of that at the time, just get on with it and then as the day unfolded everyone could see how the weather. The directive from Croke Park was to check the field at 7pm on Sunday evening and if then unsure go to 8am on Monday morning.”

“Everyone saw the news on Sunday night and you could have held the Winter Olympics in Wicklow – the decision was taken to call off Wexford v Galway and Dublin v Tipperary National Hurling League games and in between lies Wicklow. With plummeting temperatures I was told by people I know in Wicklow that there was no way it was going ahead.”

He added: “Everyone was left hanging.”

“The perception down in Division Four that counties at the higher end of the game wouldn’t have been treated like that – is very unfair and I know the players are up in arms as well but I am not talking for them,” said Lee.

“People should be treated with respect and it doesn’t feel like that in this situation. To let us hang and not call it off on Sunday and then to turn around and say it wasn’t important anyway.”

While still preparing for a potential game on the Bank Holiday Monday, Lee said he was also planning a contingency training session while also rearranging travel plans.

“We had to get caterers on hold to and we had caterers up the country waiting to feed us before the match and obviously there was a business ready to feed us on the way back down,” he said.

On Monday the refixed game was called off at 8.20am – Lee was already travelling towards the team bus.

“We had two lads that were down to work and they had to go and get cover – both lads were down to start but they ended up training.”

Both Limerick and Wicklow want to play the fixture.

“Both John (Evans) and I are keen to play it but they are not making it easy. We know there are club fixtures in Limerick and they are not at fault and should not be the fall for decision made in Croke Park. The adverse weather conditions have been unprecedented for the GAA in terms of calling off matches and now we are trying to fit a square peg into a round hole instead of having a contingency plan and let everyone talk and see what’s possible.”

“They have left us in a dilemma because everyone knows there are club fixtures and the focus is supposed to be on the club in April – it’s lacking real leadership from Croke Park on how its handled. We need games – every game they get in a competitive fixture is going to help them. They have been preparing since last November and to be treated like this is really disappointed,” sighed Lee.

“Let Limerick County Board play their club games in April and accommodate us in trying to play – they are making it very hard and that lacks real leadership. We are trying every way to get it played and show some common sense but it feels like we are running against a brick wall and why we can’t play it in the first week of May I don’t know.”

Wednesday May 2 appears to suit Limerick and Wicklow.

“Apparently challenge matches can’t be playing on weekends anymore at that time – they have to be midweek, that’s something that was passed in Croke Park. So we thought playing a rearranged competitive fixture on a Wednesday night would be perfect because we would be looking for challenges anyway and we thought we were doing the right thing but they said no that it had to be played by next weekend, Easter,” explained Lee.

“Every game is important to let them grow and develop – lads look forward to playing. Players want to play, that’s why they commit. There is a minimum of 10 competitive games for some counties and that’s not a whole pile.”