Ivan Morris: Rory McIlroy - at your best you ARE the best! 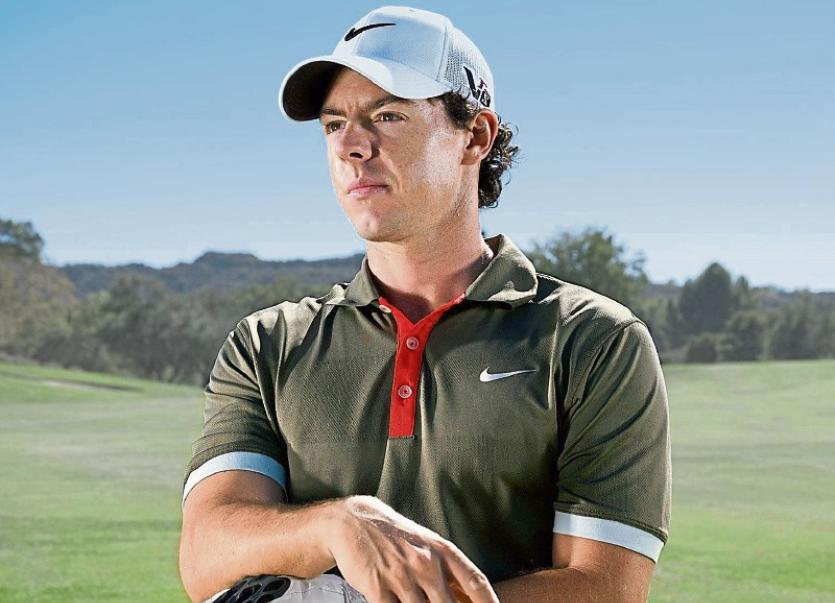 DEAR Rory, Well done on your wonderful win at Bay Hill. I've seen a lot of golf played in my lifetime and when you are at your best you ARE the best!

Notwithstanding your four major titles and Padraig's three, Christy O'Connor Senior, in my opinion, was as good as either of you. Christy operated in different times, playing in only one major each year during his career - The Open Championship.

He turned down eighteen invitations to play in The Masters. Christy only went to the USA to play in Ryder Cup Matches. Billy Casper (who won 51 PGA titles in the same era as Arnold Palmer, Jack Nicklaus and Gary Player) used to say that if Christy had been born in America, their haul of victories would have been a lot less.

Rory, I have been an admirer and staunch supporter of yours since your amateur days. I supported you during your injuries and when you 'blew' The Masters in 2011.

Even when you declined to partake in the Olympics at Rio, I was on your side. I rejoiced in your return to form but my support evaporated when you said: "The 300-yards+ distances achieved by 'everyone' on the PGA Tour these days is not because of the ball, nor is it the equipment, it's because people are more athletic and have more speed.

The guys train better, they know what they're doing more, they have Trackman technology to figure out how to swing faster and still be (score) efficient."

To hold the view, it's not the ball and equipment (creating the 'spike' in distance in recent years) but it's all to do with better knowledge and physical conditioning means you should be prepared to play with a designated tournament ball. But, of course, you wouldn't.

It is not a scientific statement, but I'd say about 50% of the extra driving distance today is due to the ball; 40% is due to the super-stable, high-tech, frying-pan-headed drivers with sweet spots as big as a lemon. The remaining 10% is due to fitter, taller (not you!) players consulting with Trackman and fitness gurus.

Look no further than the senior tours where the players are hitting longer tee shots today than they were in their 20s. At 72 years-old, I can still hit the ball (with my driver) almost as far as I ever did. My loss of distance is relative - not actual - and most of it is confined to my iron clubs which were not built for distance and don't count.

Two Sundays ago, I watched Paul Casey on TV dithering over what club to play at the 196-yards, uphill, par-3, 17th hole at Innisbrook on his way to winning the Valspar Tournament.

I have played that hole several times in the past myself, admittedly not with a Pro V-1 ball. If memory serves, I favoured a 2-iron or 5-wood but Casey hit an 8-iron! I wasn't that much of a weakling.

When I played golf with Christy Senior, we matched each other club for club (but not shot for shot) If I ever hit off beside you I'd be over 100-yards behind you.

During the Valspar, Tiger's driving distance averaged 303.4-yards. Before 2000, Tiger was the longest hitter in world golf without hardly ever going beyond 300-yards.

Now, twenty years later and following four back surgeries, he is breaking the 300-yards mark regularly. Are you telling me Tiger is a faster and physically stronger golfer now than 20-years ago?

Are you seriously saying that it is not the ball and equipment, it is just that they are more athletic? If so, this could be a revelation because 40-years later and 3-stones heavier, could I be fitter and faster if I did the right exercises? (Or, I could lie on a couch watching TV like Couples does?)

If today's players are so talented and athletic, why do they feel they couldn't perform without the assistance of game improving clubs and souped-up, low spinning golf balls? If today's golfers are so athletic and talented why would they eschew a pro tournament ball?

One minute, you are saying the equipment is revolutionary and technologically advanced, and the next minute it's not the equipment that is creating the extra distance but fitter and more knowledgeable athletes like yourself.

Another Rory quote surprised me: "I started testing TaylorMade's TP5x ball the weekend after Augusta, and very quickly I realized it was much better in the wind.

All of sudden I'm hitting 8-irons that are going the number I want them to go — or even further; it launches high and doesn't spin as much."

Rory, you're so talented you don't need high performing balls and driving clubs.

Methinks you sell your soul and credibility for 'forty pieces of silver.' The TP5x didn't last long before you discovered something flew further.

The evidence that you have been working on your putting paid dividends at Bay Hill. I hope' the message' stays with you for Augusta. Good luck! You look well in green.