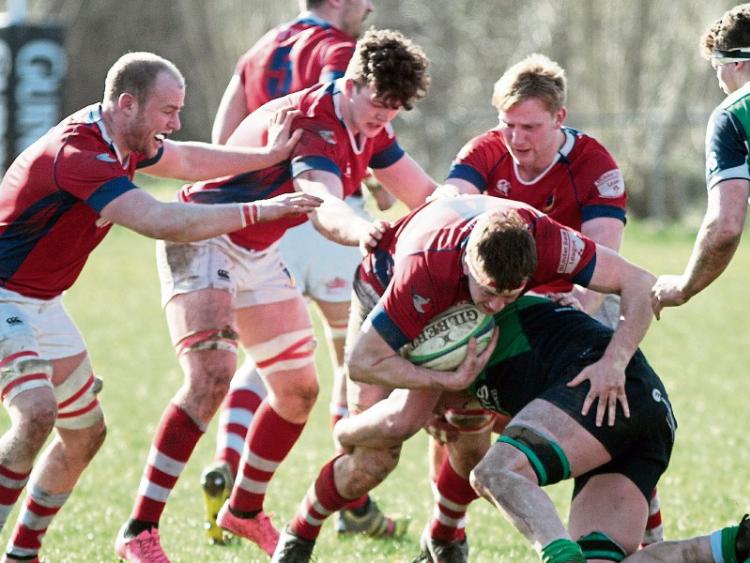 In Division 1A, both Garryowen and Young Munster face crucial fixtures in their bid to secure a top four play-off position.

Garryowen lost at home to Terenure College last time out, while Munsters’ succumbed to Dublin University at College Park on Bank Holiday Monday.

Fifth-placed Garryowen travel to Castle Avenue to take on fourth-placed Clontarf, 2.30pm, in a game which is sure to have a major impact on both clubs play-off hopes.

Also in top flight, Young Munster face their second fixture in the space of five days when hosting basement side Buccaneers at Tom Clifford Park.

Meanwhile, in Division 1B, Shannon host Old Wesley in a crucial fixture on the back pitch at Thomond Park at 1.30pm. After a highly impressive start to their campaign, third-placed Shannon have recorded two defeats and a draw in their three last three outings.

Also in 1B, eighth-placed UL-Bohemian face a crucial away date with ninth-placed Ballymena, with the outcome of the game likely to go a long way towards deciding which club finishes in the relegation play-off position in the table.

Meanwhile, in Division 2B, runaway leaders Old Crescent can secure automatic promotion to 2A should they defeat Dungannon at Rosbrien on Saturday.

Garryowen slipped out of the top four places when losing to a clinical Terenure College side in their re-arranged fixture at Dooradoyle a week on Sunday.

Victory for the Dooradoyle side would greatly boost their hopes of making the play-offs.

Sixth-placed Young Munsters’ are four points off the play-off places ahead of Saturday’s home date with basement side Buccaneers.

Victory is a must for Gearoid Prendergast’s charges if they are to maintain top four ambitions.

In Division 1B, Tom Hayes’ Shannon will look to get their promotion push back on track when hosting Old Wesley.

Shannon lie in third place in the table, five points behind leaders Ballynahinch and four points adrift of second-placed Banbridge.

However, Shannon have a game in hand on the two sides above them in the table. That outstanding fixture is away to bottom side Dolphin at Musgrave Park on Saturday, March 31, 1.30pm.

The stakes are also huge for UL-Bohs away to Ballymena. The Annacotty side enjoy a two-point lead over Ballymena, who fill the relegation play-off position in the table with just three games to go.

Old Crescent, who have won each of their 15 opening league fixtures, will be guaranteed 2A rugby next term if they defeat Dungannon at Rosbrien.

In 2C, Thomond will be looking to boost their automatic promotion hopes with victory over Seapoint. Thomond are one point ahead of second-placed Malahide.

Also in 2C, Bruff will need to win at third-placed Sligo to keep their promotion play-off hopes alive.