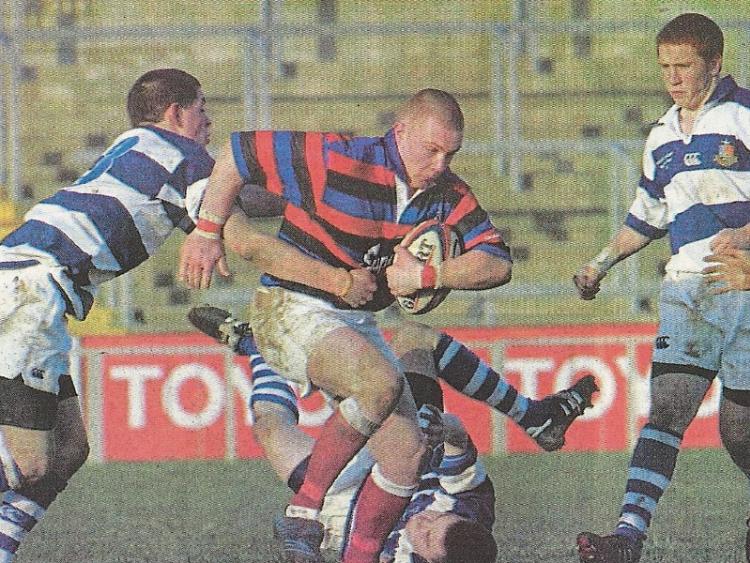 Keith Earls in action for St Munchin's against Rockwell in 2006

WATCHING Keith Earls turn in another powerhouse display for Ireland against England on St Patrick’s Day before picking up his unfortunate injury, I was reminded of another game he played in exactly 12 years to the day.

It was the Corbally side’s fifth success in the competition. How far Earls has come in a little over a decade.

Earls has that kind of raw talent that endears him to sports fans, no matter what code they’re involved in. Rugby comes easy to him, like it those to those who are gifted at hurling or soccer.

They possess the ability to make something happen out of nothing, spot a gap, make a break, wrong foot a defender.

The timing of Keith Earls’ knee injury is very unfortunate as Munster reach the business end of their season. Fingers crossed, the 30-year-old comes back in as good a shape as he showed this season for Munster and Ireland.

The scenes of unbridled joy in Cork on Sunday at full-time in Glenstal’s historic Munster Schools Senior Cup final win over CBC were amazing. Richly deserved success for a brilliantly-coached side.