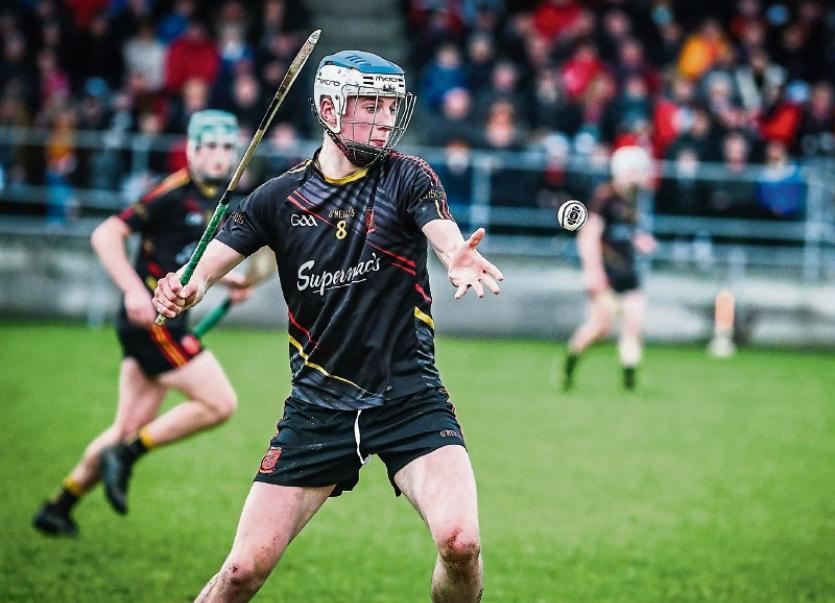 KILKENNY kingpins St Kierans College once again ended the Ardscoil Ris All Ireland dream this Wednesday in the semi final of the All Ireland Post Primary Schools Senior A Hurling Championship; 1-14 to 0-19.

In the end it was a two point defeat for the Harty Cup champions – a fifth time that the roll of honour leaders have beaten Ardscoil Ris in the All Ireland series.

The game in Clonmel was level with 10-minutes to play but St Kierans powered over the winning line.

Ardscoil Ris had the gentle breeze at their backs in the opening 30-minutes but it was the Kilkenny side that led 0-8 to 0-6 at the interval.

The sides were level on five occasions in the half, in which the North Circular Road side hit seven wides.

St Kierans wree first off the mark with Daithi Barron and Eoin O’Shea on the mark. Paul O’Brien and Cathal O’Neill both had early wides but made amends to tie up the contest after 10-minutes.

The impressive duo of Conor Kelly and David O’Carroll again edged the Leinster side ahead but another scores from Aidan Moriarty and O’Brien hit back.

When Rory Duff pointed the Limerick side were ahead with 22-minutes played.

Just as important was a top class double save from goalkeeper Jason Gillane after 19-minutes, denying Kelly and O’Carroll.

The lead was short-lived with Ardscoil Ris failing to score again in the remaining minutes. At the other end Adrian Mullan frees and scores from O’Shea and Ciaran Breen had St Kierans two points clear at the break.

St Kierans have five of the opening seven scores inside 10-minutes of the second half to move 0-13 to 0-8 ahead.

Then came a Limerick tonic with an Rian Considine goal in the 12th minute of the half.

Successive Diarmuid Ryan points then levelled the contest; 1-11 to 0-14.

Alas they didn’t go ahead and St Kierans hit back with three unanswered points.

Paul O’Brien had two scores from placed balls to leave it 0-18 to 1-13 approaching the final whistle.

A Cathal O’Neill drive flew over the crossbar and that was the final chance and St Kierans move into a fifth successive final – against Galway’s Presentation College, Athenry.