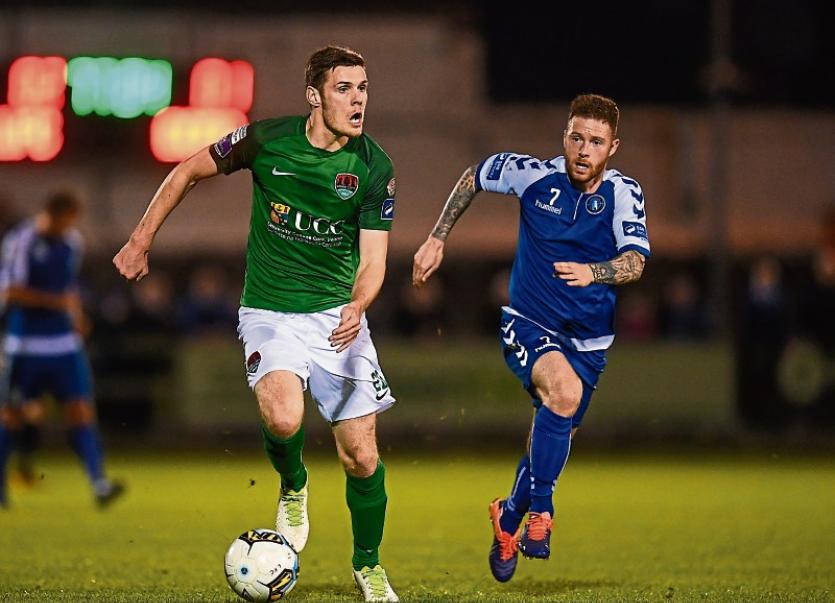 Limerick will look to bounce back from their 5-0 thumping at the hands of Derry City on Monday night when hosting John Caulfield’s side.

Tommy Barrett’s Limerick side conceded four second half goals on the artificial playing surface at the new-look Brandywell to fall to their second successive heavy away defeat in the top flight.

The defeat saw Limerick drop to sixth place in the table ahead of Cork’s visit to Garryowen.

The Leesiders currently sit joint top of the Premier Division, rebounding from their 1-0 away defeat to Dundalk last Friday night with a hard-earned 1-0 victory over Shamrock Rovers at Turner’s Cross on Monday.

Friday night’s game is the first of two high profile fixtures Limerick will face at the Markets Field over the St Patrick’s Day Bank Holiday weekend.

The Blues will also host Shamrock Rovers on Bank Holiday Monday at 6.30pm.

Morrissey believes a top half of the table finish for Limerick in the Premier Division is a realistic goal.

Twenty four-year-old Morrissey said: “I just want to get back to playing. I struggled with a few injuries last year at Finn Harps.

“Obviously it was a long way from home, from Cork. I am back living at home now and travelling up and down.

“It is ideal for me to be here (at Limerick). I’m enjoying it so far.

“We have a big Munster derby on Friday. We are putting a plan in place to try and getting something out of the Cork game.

“I am sure there will be a big crowd here on Friday with the derby. With Cork doing so well, they will bring a big crowd.”

More than 2,200 attended Limerick’s opening home fixture of the season against Bohemians. However, the attendance for the visit of Bray on Friday was 948.