James Hart admits to "mixed start" to his Munster career 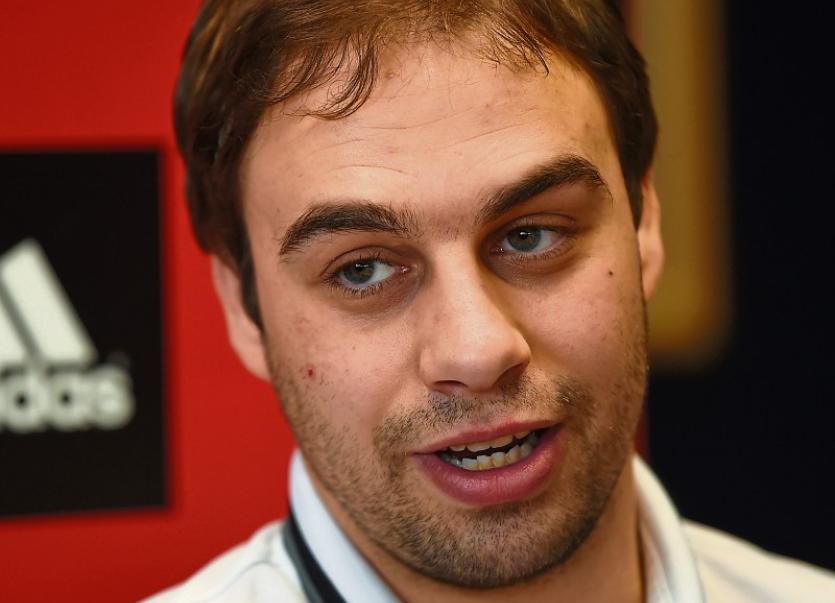 SCRUM-half James Hart admits his first season at Munster has been a mixed one for him personally, but insists he is enjoying his time at the province.

The 26-year-old Dubliner has made three starts from the province since the start of the season, as well as five appearances off the bench.

Hart said: “Obviously it’s been quite mixed (his season to date), there’s no point in saying it’s been great or its been terrible, but I’ve obviously had to learn quite a bit, you know.

“I live with Chris (Farrell) and you can see how he’s come home and everything gone quite to plan and for me it hasn’t been as  easy.

“I’m always somebody who has worked hard, so it has not been an issue to put the head down and keep waiting so like I said when the opportunities come that’s when I’m going to have to play well.

“No, I’m enjoying it. It’s different, very different to France like I said I’ve had to adjust a bit. I’ve had to endure a bit more snow! And obviously the game was called off. Listen, like I said it’s been great.

“A learning curve, it hasn’t been that easy, but at the same time I’m not one to really complain get on with it work hard and like I said the few games I’ve played have gone ok enough.”

Asked why he had chosen to leave France for Munster, Hart said: “I could have stayed in France and I really enjoyed playing with Racing 92 and the experience was great.

“A few years back I had the opportunity to come back (to Ireland) and I didn’t take it.

“Then this one came around and I thought maybe if I didn’t take it, I would kick myself in a few years time and say maybe have a big regret with that, so I said I’d come home and give it a go and see how it goes.

“Like I said, it hasn’t been the easiest but my whole career has never been the easy path, so there is no issue there like I said. It’s just about working hard and trying to bring my own game into what Munster do.”