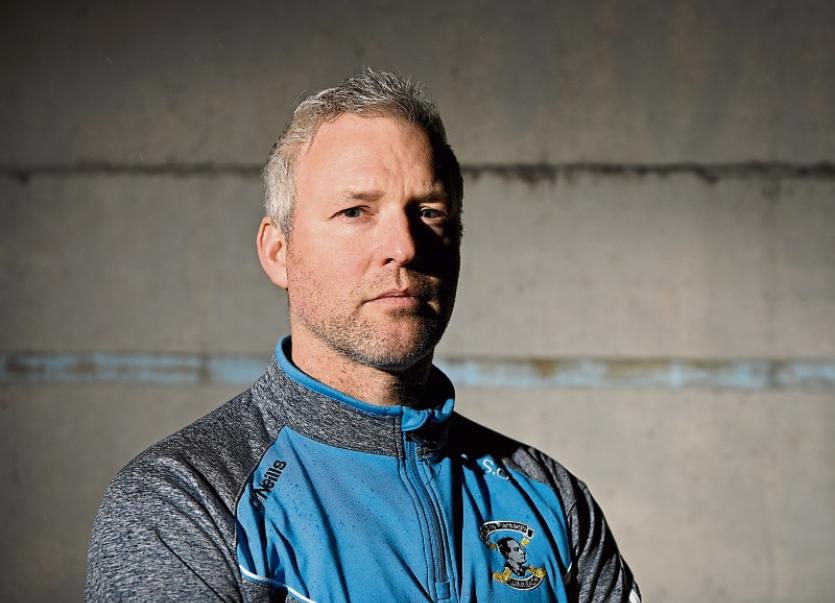 NA PIARSAIGH manager Shane O'Neill would love nothing more than to copy and paste his side's result from the 2016 All Ireland Club final, but things aren't that easy.

He will just have to make do with copying and pasting his side's preparations for their second All Ireland Club final appearance in three seasons.

“It was almost cut and paste from the previous time we were involved. It certainly makes a difference when you have been there before. I think the excitement in the club is the same alright. I think we had four or five buses in Parnell Park and we expect to have the same if not more for the final, so the excitement is the same. From a management point of view, it is a small bit easier for us. It might be same too for the players. There are a large number of lads out there who have played in an All Ireland final alright”

O'Neill knows of course, that preparing is one thing, performing is another. However his side's performance in the semi final win over Slaughtneil is something that will live long in the memory of the former Limerick forward.

“At half time we decided to let the lads sort it out for themselves and we, the management, would stay quiet. That was the intention anyway. (laughs O’Neill) We came flying out of the blocks in the second half and then we got hit with those two red cards. It was the character they showed after those red cards that was phenomenal” O'Neill excitedly added.

“After the game itself it was more about relief that anything else for me. We knew we had gotten out of jail. We knew we didn’t perform. We were down to 13 men. If you were to see that from the outside you might think, they are down to 13 men, they have won their All Ireland already, why would they have that fight. But it was the total opposite, they were unreal”

With four county titles, four Munster titles and that one All Ireland crown to their name, outsiders are wondering where Na Piarsaigh are getting their hunger from, an issue for less decorated sides than themselves.

One thing that keeps cropping up is that Na Piarsaigh have never won back to back Limerick titles. Something O'Neill explains as frustrating as opposed to being bitter about it.

“It’s not bitterness at not doing back to back in Limerick, it is more of a severe disappointment. It just shows how difficult it is. There are 4-5 teams competing every year in Limerick at the very top. The years we have made it through, we have drawn with Adare and they have beaten us too. Not to mention the battles with Doon, Kilmallock and Patrickswell. They are serious teams no matter what county they are in. It just shows how hard it is to go back to back. How long the year is and how short the window is between All Ireland final and the next championship” admitted O'Neill.

Of course a strong panel also helps, something O'Neill and his backroom team have been excellent at, winning six U-21 county crowns along the way helps too.

“We have a fine squad. We have used 23-24 players over the season and everyone of them is well capable of performing. It has been unbelievable in training, some lads have been putting their hands in such early January in fairness to them. In the last 3-5 weeks there have been a few lads who have really put their hands up for a jersey. They are giving us some good headaches in that department”

Ahead of this weekend's game, O'Neill knows that they face a real test against the current All Ireland champions Cuala of Dublin.

“They are well used to doing back to back. They have three Dublin, two Leinster and one All Ireland title to their name, so they are on for another double now. I would say they are the best team we have analysed in the four years we have been here.” warned O'Neill.

“Thurles Sarsfields were probably the most balanced side we have played and that was our best performance to win that day. It was after that game that I thought that this group had a chance of going all the way. Cuala are definitely the best we will play. They have some very established hurlers and some excellent Dublin inter county stars too. Collectively, they way they play is phenomenal. Their work rate is unreal too. They work so hard to create space. They give great ball into the forwards too, which is always a sign of a good side” confirmed the four time Munster club winning coach.

Having analysed Cuala, Na Piarsaigh have begun to focus on themselves and the tactics they are going to need to employ to win on Saturday afternoon in Croke Park.

Trying to mastermind a win over the current champions is one thing, trying to do that missing two starters through suspension and you can see the task that faces the Ennis Road side.

That is something that O'Neill is aware of, but also something he is looking to use as a challenge to his players and his backroom team.

“We haven’t changed our style too much to be honest over the years. We try to concentrate on ourselves a lot. We do look at the opposition and do some analysis work on their strengths and weaknesses too

“Our mantra though is to always look after ourselves. We need to make sure we are operating to the best of our ability. When we do that on any given day, we are there or there abouts at the final whistle” concluded O'Neill.