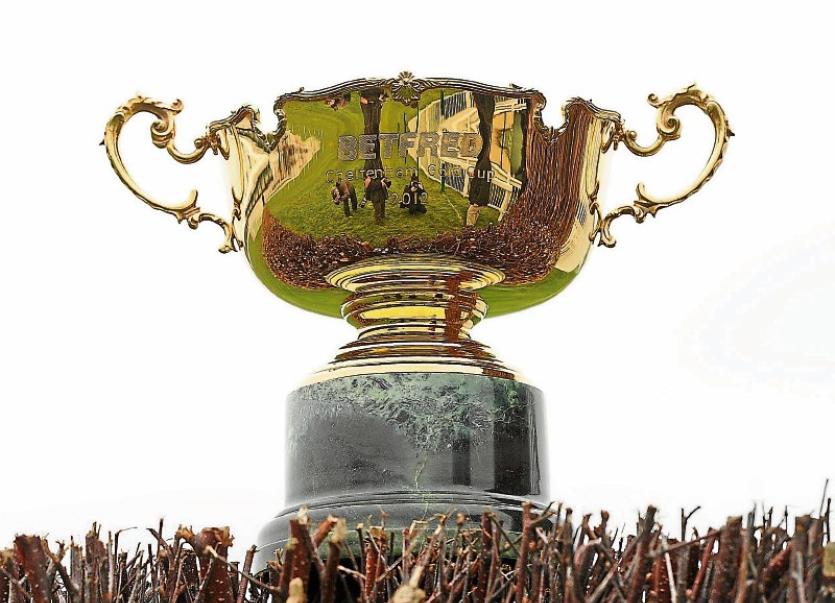 The prize on offer today at Cheltenham, the Gold Cup

IT’S a marathon, not a sprint, the four glorious days of the Cheltenham National Hunt Festival at Prestbury Park.

The action in the Cotswolds concludes this Friday with the showpiece of the steeplechasing season, the Timico Cheltenham Gold Cup Chase at 3.30pm.

The Gold Cup is the most prestigious race in the jumps racing calendar and has been won by many of the greats of the racing game.

Last year’s winner Sizing John is an absentee this time round, having picked up an injury a week before the Festival.

Third in the race in 2017, Native River, has progressed well this term.  Native Rivers has been plotted a lighter route back to the Festival, seen just once this season when winning the Denman Chase.

That was only a three runner field but it was the first time that he has won on his seasonal return so plenty of positives to take from that performance that put him right in the frame to go two better.

Colin Tizzard’s seven-year-old win in February’s Denman Chase at Newbury was on soft ground which he is likely to encounter again on Friday.

Might Bite remains a warm favourite, but is stepping into the unknown.