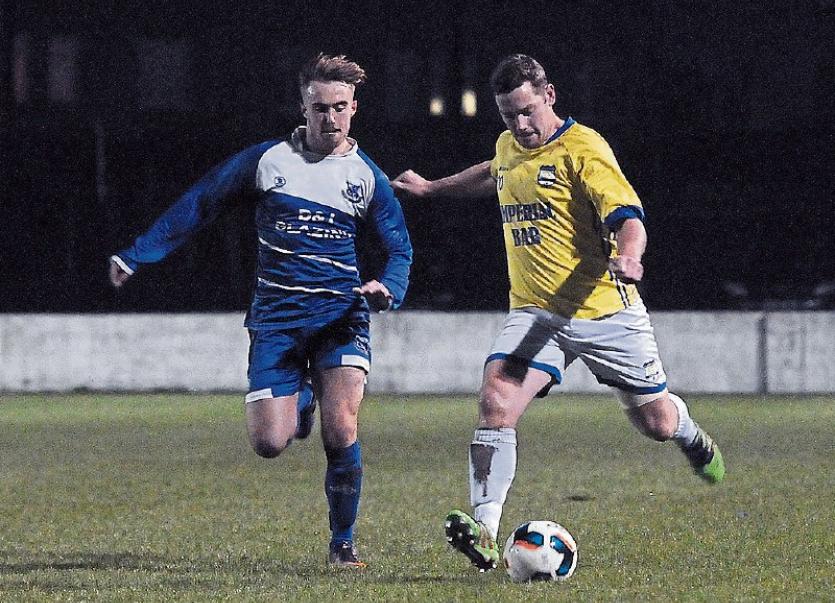 Thursday March 15, will produce the first winner of silverware this season as Carew Park and Charleville clash in the final of the Premier League's Tuohy Cup in Jackman Park at 7.00pm.

On paper Carew will go into the tie as strong favourites as they are lying second in the table while Charleville are mired in a relegation fight at the other end of the table.

Carew manager Albert Slattery will no doubt have his side on guard, pointing to Aisling's unexpected win over Janesboro in last season's decider.

Charleville will relish the underdog tag and the form they have been showing of late suggests they are capable of a big performance. In Shane Dillon, Pat O'Callaghan and Gary Ward they possess a trio of attackers who would improve any team in the League. Their goal scoring exploits are well known and their reputation is well deserved.

In the middle of the park the Cork side also have a gem in Mark Kavanagh while at the heart of the defence Darren Butler is a commanding figure.

Carew Park have a goal threat of their own in Jonathan Grant who holds one of the best scoring records in the League. They possess a star studded midfield to pick from including Darragh Rainsford, Pat Boyle, Barry Dillon, Jamie O'Sullivan, Alex Purcell and Adam Frahill while Mark Slattery will lead the defensive line as usual.

With Gary Griffin missing the tie and John Boyle cup tied, the manager has to decide who to partner with Mark Slattery to keep the Charleville attack at bay. Adam Frahill has filled the role before and would prove a safe bet.

With the pressure of League points off, Charleville have been turning in good displays in cup action and you can be sure they will be well up for the tie.

On paper Carew Park should have too much experience for their rivals and if they approach the game in the proper mind they should prevail but a final can throw up the odd curve-ball.

On Sunday the Munster Logistics Lawson Cup continues with six games up for decision. The top game could prove to be the clash of Lawson Cup specialists Ballynanty Rovers against a Prospect side on the crest of a wave.

Summerville Rovers take on Premier League leaders Janesboro while Corbally will test their progress when they host Regional Utd.

Nenagh will not fancy a trip in to meet a resurgent Geraldines, Granville Rgs host Kilmallock and Kilfrush welcome Aisling to Elton.

In the Premier League Carew Park and Charleville meet again while Holycross hopes of picking up their first win will get little favour at home to high flying Pike Rvs.

For more see www.limerickleader.ie or use #LLSport on social media