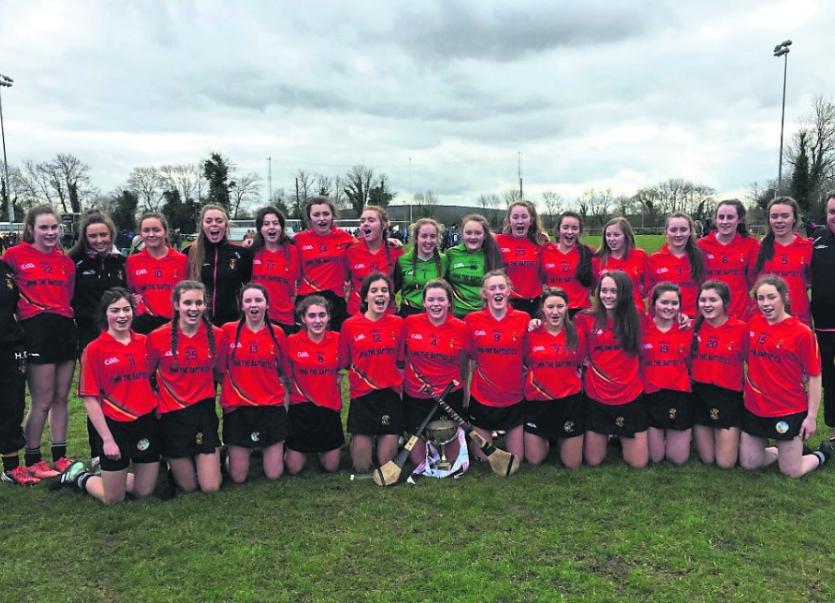 JOHN the Baptist Community School Hospital were once again crowned All Ireland camogie champions this Tuesday.

The title win came one year to the day since the Hospital school were 3-10 to 1-8 winners over Trim in the All Ireland Senior D Camogie Final.

John the Baptist have made the step up in grade with some style this season.

Managed by teachers Helen Clifford and Sean Ryan, the Limerick side were 1-6 to 2-2 ahead at half time with Ashling Ryan getting the goal.

The Westmeath opponents battled back to level in the final quarter but the Keeva O’Brien captained Limerick side edged towards the winning line.