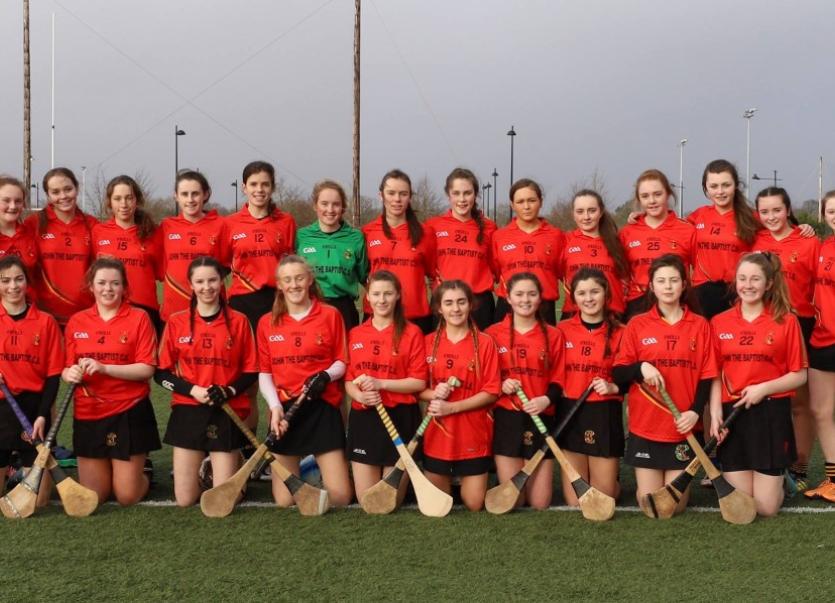 HOSPITAL’S John the Baptist Community School are back on the All Ireland trail.

This Tuesday, March 13 (11.30) in Kildare’s Ballykelly, near Monasterevin John the Baptist play Loreto of Mullingar in the All Ireland Post Primary School Senior C Camogie Final.

Exactly one year ago, John the Baptist Hospital were 3-10 to 1-8 winners over Trim in the All Ireland PPS Senior D Camogie Final.

Up at the higher grade, Hospital, managed by teachers Helen Clifford and Sean Ryan, have embarked on a five game run to the All Ireland final.

They booked a Munster final spot with a 4-16 to 2-6 win over Midleton College.

The provincial title was won for the Keeva O’Brien captained side with a 2-9 to 1-11 win over St Annes of Killaloe.

Hospital returned to the national final with a big semi final win over St Catherines of Armagh; 3-10 to 0-6.