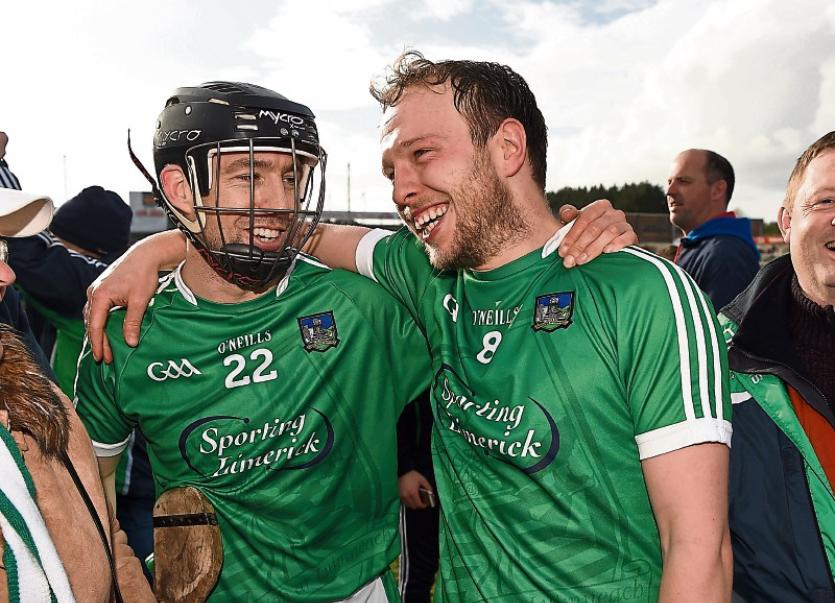 “WE were tired of being in Division 1B,” gasped Limerick hurling manager John Kiely after his side struck late to defeat All Ireland and League champions Galway.

Coming from eight points down at half time to edge victory by two points ends Limerick’s eight year stay outside of the top flight in the Allianz Hurling League.

And, the win over Galway books a league quarter final spot against Clare next weekend. Confirmation of the Shannonside derby is expected this Monday afternoon with a coin toss to determine if the Gaelic Grounds or Cusack Park in Ennis is the venue.

There are redevelopment works underway in the Gaelic Grounds but it is understood it could still host the tie if necessary. Limerick have to go to Ennis for a Munster SHC game, so a game in Cusack Park would also be beneficial to John Kiely’s side.

But yesterday in Salthill was all about promotion out of Division 1B for Limerick.

Since their 2010 relegation Limerick lost just five of 42 group games in the second tier, yet year after year promotion hopes were dashed. Thirteen different counties provided opposition over the eight years but of the so-called big 10 hurling counties Limerick remained the longest outside of the top division.

“Absolute relief. In any interview or team talk I wasn’t going to mention what it would mean to move on to 1A because it becomes too much a load to carry. But it is a huge relief. We were tired of being in 1B. Tired of not being involved in the bigger games and having the bigger teams come to town,” he said.

“We might not win four games next year - might not win two, but at least we have the exposure of playing at the top level at that time of the year.” revealed John Kiely.

Next Spring, Division 1A will consist of Kilkenny, Tipperary, Clare, Wexford, Limerick and either Cork or Waterford.

“This is the biggest result we have had to date. Will it count for much next July? Probably not. We are out of 1B which I am delighted for. Particularly for the players - it is an important step in their development. Something to look forward to next spring already. In the overall sense, it is a big confidence boost. That inner doubt is definitely going. They know they can do it.”

And, all that without Na Piarsaigh, who play Cuala in the All Ireland club SHC final on Saturday in Croke Park.