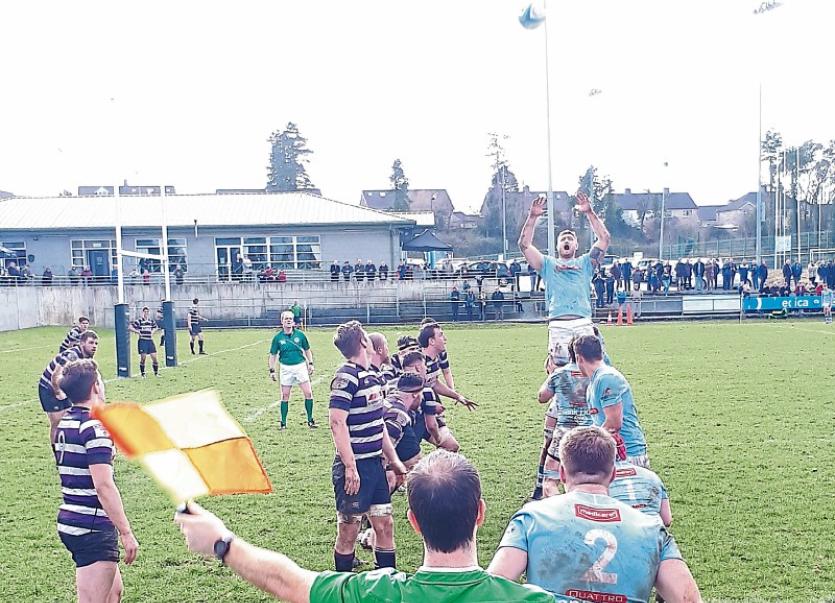 GARRYOWEN’S top four play-off hopes in Division 1A of the Ulster Bank League were dealt a blow with their comprehensive 29-13 defeat to Terenure College at Dooradoyle on Sunday afternoon.

However, in the day’s other refixed game involving a Limerick side, high-flying Old Crescent continue their relentless march in Division 2B thanks to a comprehensive 29-14 win away to Wanderers.

Leaders Crescent have now won each of their 15 AIL fixtures this season and are now 13 points clear of second-placed Rainey Old Boys who do have a game in hand.

Garryowen dropped to fifth place in the table, a point behind fourth-placed Clontarf as a result of their 16-point home defeat.

Sixth-placed Young Munster sit five points off the play-off places, but the Clifford Park side do have a game in hand on their rivals.

A third minute penalty goal from the boot of Neil Cronin was the only time a disappointing Garryowen side led against a highly impressive, clinical Terenure outfit.

The second-placed Dubliners enjoyed a 15-6 half-time lead with tries from James O’Donoghue and Matthew Byrne.

‘Nure took control of the game with a third try from Robbie Carroll three minutes after the re-start, while the visitors bagged a breakaway bonus point try just after the hour mark from winger Jake Swaine as the ‘Light Blues’ were forced to chase the game.

Garryowen’s only reward for sustained periods of pressure in the second period was a 70 minute try from Sean Rennison, which Cronin converted.

After falling 7-0 behind earlier, Division 2B pacesetters Old Crescent hit back strongly to draw level in the ninth minute with a try from Liam McMahon which was converted by Ronan McKenna.

Crescent had gained the upperhand by half-time, when leading 19-7 with a brace of tries from Gary Fitzgerald. McKenna converted the second five-pointer.

Crescent wrapped up the bonus point by the hour mark as Val McDermott notched the Limerick side’s fourth try when collecting his own chip ahead to touch down. McKenna converted and added a late penalty goal to seal an impressive victory.