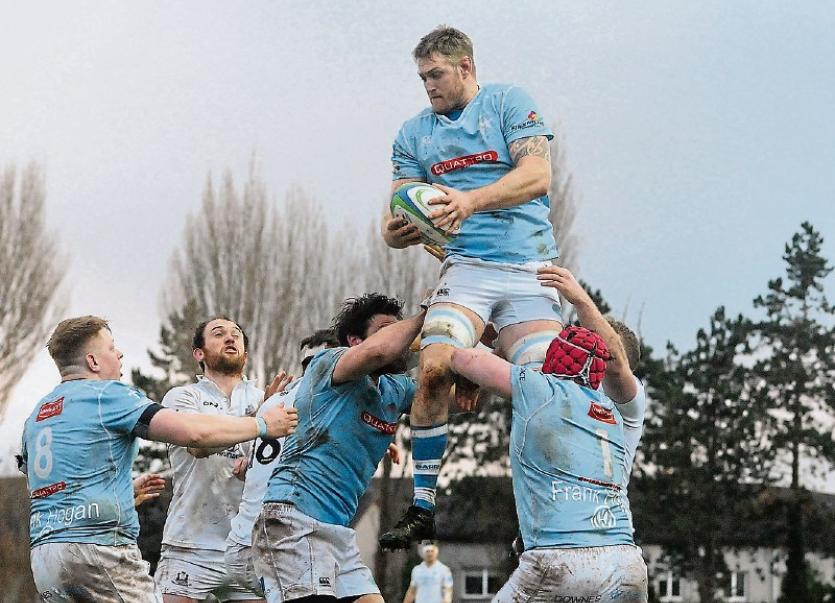 Four of the seven Ulster Bank League games involving Limerick clubs which were postponed last weekend due to the adverse weather conditions are set to take place this weekend instead.

With Ireland set to play Scotland in the NatWest 6 Nations Championships at the Aviva Stadium on Saturday, two of the re-fixed games involving Limerick clubs will take place this Sunday.

In Division 1A, fourth-placed Garryowen will now host Terenure College in a crucial fixture in the battle for play-off qualification at Dooradoyle on Sunday, March 11 at 2.30pm.

Also in the top flight of the AIL, fifth-placed Young Munster's meeting with Dublin University has been refixed for College Park on Bank Holiday Monday, March 19, also at 2.30pm.

In Division 1B, Shannon’s postponed fixture with Dolphin is now set to take place on Bank Holiday Monday March 19 at Musgrave Park, 2.30pm.

Meanwhile, in Division 2B, table toppers Old Crescent will take on Wanderers at the Aviva Stadium this Sunday, March 11 at 2.30pm.

The two postponed fixtures in Division 2C have also been rearranged. Thomond will host Bangor this Saturday, March 10 at Fitzgerald Park at 12.30pm.

In the same division, Bruff will now host Tullamore at Kilballyowen Park on Saturday, March 10 at 12 noon.

In Division 1A, fourth-placed Garryowen host second-placed Terenure College on Sunday in a crucial fixture in the battle to secure play-off places.

Garryowen have won their last three fixtures ahead of Sunday’s game at Dooradoyle.

Last time out Garryowen scored a 17-0 win over UCD, following on from successive wins over leaders Lansdowne and Dublin University.

Garryowen’s three remaining fixtures after Saturday will be against Clontarf, Buccaneers and St Mary’s College.

Saturday’s opponents Terenure will be desperate to pick up a win this weekend, not only to boost their play-off hopes, but also to increase their prospects of securing home advantage at the semi-final stage.

Young Munster, who have won each of their last five top flight league fixtures, will be keeping a close eye on this weekend’s results as they continue preparations for their Bank Holiday Monday, March 19, trip to College Park to face Dublin University.

In Division 1B second-placed Shannon will be looking to re-ignite their promotion push when facing basement side Dolphin at Musgrave Park on Bank Holiday, Monday, March 18.

Meanwhile, in Division 2B, leaders Old Crescent can take another giant step towards securing automatic promotion when facing Wanderers at the Aviva Stadium this Sunday, March 11, 2.30pm.

Crescent thumped City of Derry 104-0 last time out, the ninth time this season for the Rosbrien side to record a try bonus point win in the AIL this season.

In Division 2C, leaders Thomond host fourth-placed Bangor at Liam Fitzgerald Park in a crucial fixture in their promotion bid at 12.30pm this Saturday, March 10.

Thomond enjoy a one-point lead over second-placed Sligo and are two points clear of third-placed Malahide. Every point is now crucial.

Thomond beat Midleton 19-17 last time out, their eighth of the campaign.

Also in 2C this Saturday, Bruff will look to their promotion play-off push back on track when hosting basement side Tullamore at Kilballyowen Park, 12pm.

Sixth-placed Bruff are four points off the promotion play-off spots.