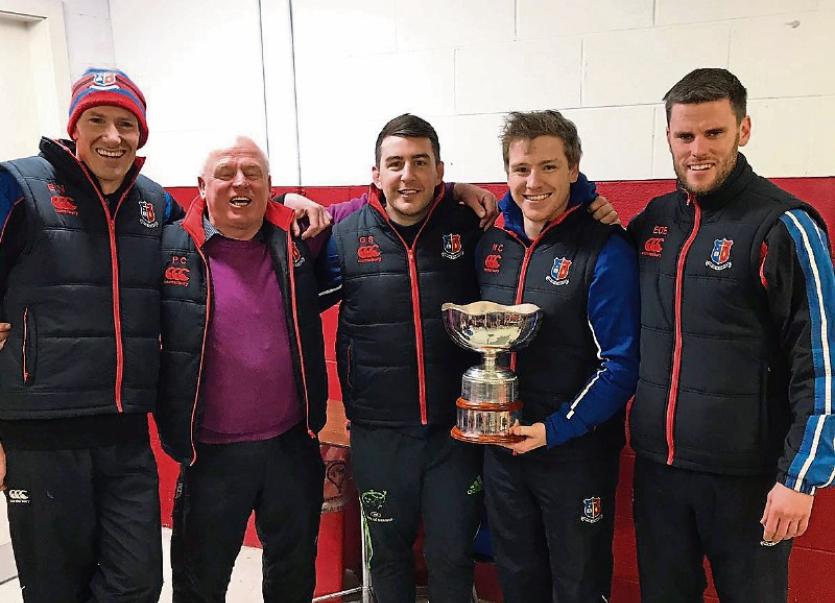 It is 12 years since St Munchin’s claimed the last of their five Munster Schools Senior Cup titles, with that successful side captained by Slattery at hooker and featuring Munster and Ireland star Keith Earls in their centre beating PBC 7-3 in the final at Thomond Park.

Following Wednesday’s Junior Cup final win over CBC, Slattery said: “It is massive. As I said before, we want to be competing for silverware which is the main thing. To win it is spectacular because 20 years is too long to wait to win a Junior Cup.

”We didn’t speak about it if I am honest amongst the players, but deep down we knew the 20-year wait was too long. That ends that now and hopefully we can kick on from here.

”A lot of work has gone into these lads. It paid off today.

“There was pressure probably outside the group, but I think within the group we dealt with it very well.

”The lads are very hard working, very honest. They never got carried away no matter what time you asked them to train they would be there.

”They trained very hard. Honesty, we wanted to win it and we knew we had a big chance, thankfully we did it.

”It was a Cup final, no team was going to lie down out there. I thought we were the better team, but their score in the second half made it a tight finish. I am really proud of the lads the way they held onto the ball at the end to see it out.”

”With Alexander’s (Wood’s) try, he actually tries it a bit. It doesn’t usually come off, but it was a superb try, a superb individual effort and it was the difference in the end.

”Thankfully we got it. I am delighted for him. Alex is a very professional kid, never complains, just gets on with it, it was great to see him get that score.”

“These lads are one of the first groups that we put massive focus on in fist year, second year and third year. It paid off today.

“Converting it at Senior Cup level is a totally different challenge. It is not something we are thinking about today, but long-term obviously we want to be competing in Senior Cups.”