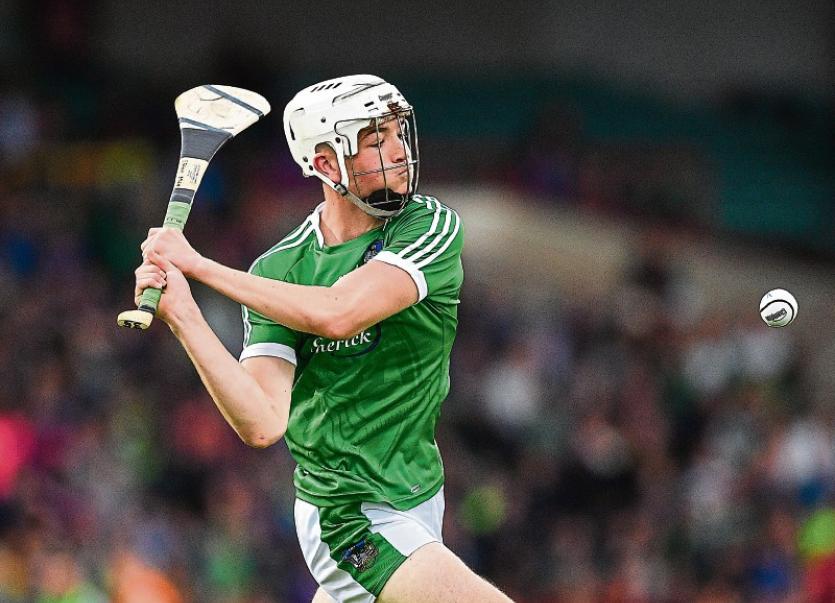 All Ireland U-21 winner Kyle Hayes

ALL Ireland U-21 winning centre back Kyle Hayes is back from injury to boost Limerick ahead of Sunday's winner-takes-all Allianz Hurling League tie with Galway.

Limerick manager John Kiely confirmed to LeaderSport that the rising star was back in full training and "available for selection" for Sunday's trip to Pearse Stadium in Salthill.

Seamus Flanagan, Barry Murphy and Sean Finn were all carrying knocks but are also back to full fitness.

Kyle Hayes could feature for the first time this season. Limerick have played seven games in the 2018 season and the Kildimo-Pallaskenry man hasn't featured. He also missed the entire Fitzgibbon Cup campaign with UL.

The Limerick team will be named after training on Friday night.

Just like the original fixture, the Limerick and Galway final round Allianz Hurling League game has a 2.30 start in Pearse Stadium. It’s the second part of a double-header in Salthill with Galway and Monaghan meeting in an Allianz Football League tie at 12.30.

Both games are live on TG4.

The extra week has helped Limerick preparations, according to John Kiely.

“It was ideal because we had a couple of guys with knocks and there were quite a few lads who were glad to get a couple of days. At the end of the day we only missed out on one session (Friday) so the players had Wednesday, Thursday, Friday and Saturday as rest which they wouldn’t have got in a long time and hopefully it will be good for them,” said the Limerick manager.

The task for Limerick is to secure a draw or win with the All Ireland and League champions to end eight years outside of the top flight in the league. Since 2010 relegation Limerick have lost just five of 41 group games in the second tier, yet year after year promotion hopes were dashed.

Thirteen different counties have provided opposition over the last eight years but of the top 10 hurling counties Limerick remain the longest outside of the top division.