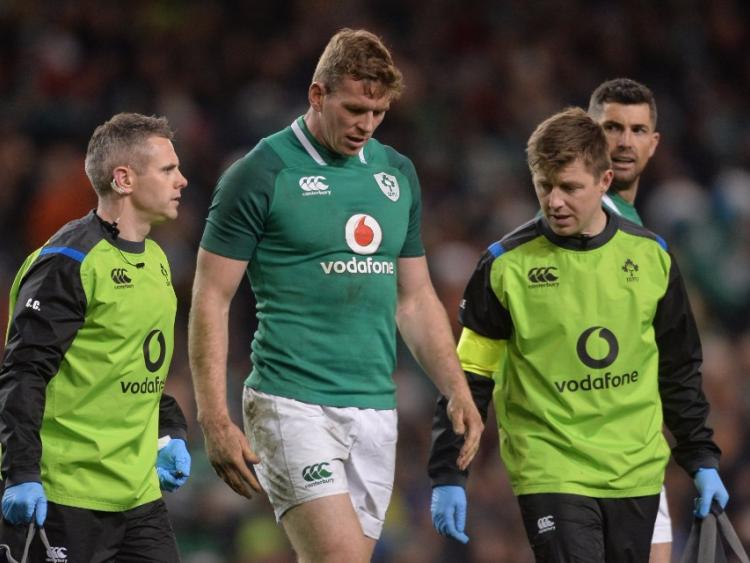 Chris Farrell who injured his knee in training today

MUNSTER centre Chris Farrell will miss the rest of the Six Nations with a knee injury.

The former Grenoble centre was man of the match for Ireland against Wales on Saturday.

The 13 will see a specialist after injuring his knee during an open Ireland training session at the Aviva Stadium today. With Robbie Henshaw and Farrell now out injured, Gary Ringrose is set to return to the 13 jersey for the clash with Scotland on March 10.

IRFU statement on the injury:

"Chris Farrell received treatment on the field earlier today after twisting his knee in the turf. He subsequently jogged on to re-join the rest of the playing group and felt well.

"He was sent for a precautionary scan this afternoon which indicated some ligament damage had occurred and he will now see a specialist. Chris is unlikely to be available for the remainder of the 6 Nations."