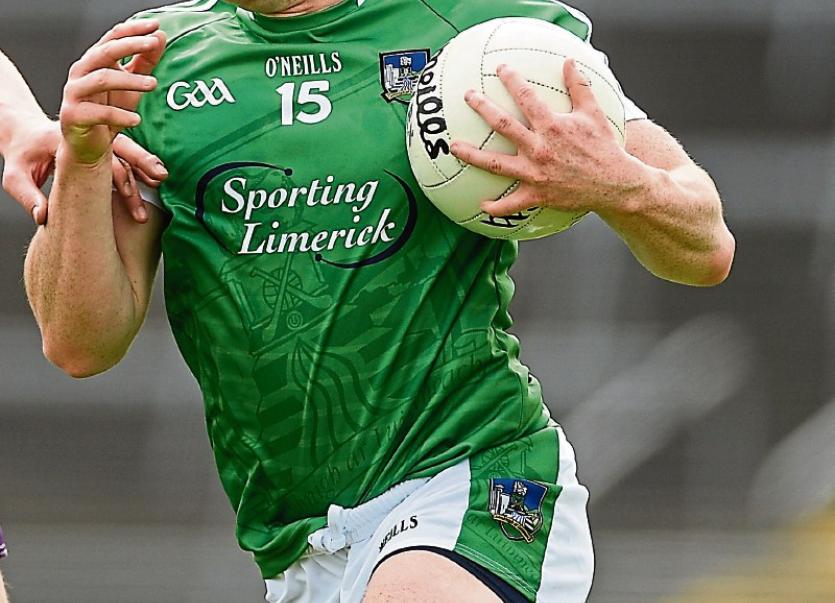 Limerick lost out to Leitrim this afternoon by double scores

One of the most disappointing displays in years left Limerick anchored to the bottom of the National Football League Division Four when they were overrun on Sunday by a Leitrim team gaining their first points of the year after three successive defeats.

While the team’s earlier setbacks against promotion fancies Laois and Carlow were not unexpected, there weren’t any consoling points to be gained from a sunny but cold afternoon in Carrick-on-Shannon when they were
outplayed in almost every position as their hosts gave them a lesson in defensive structure and support going forward.

The game as a contest lasted just fifteen minutes when Leitrim’s first goal put five between the sides and that was followed by two quick points. Before that, Limerick had created two goal chances but, as with the five wides they’d kicked before Leitrim had missed their first, it only served to highlight the gap between the sides when it came to sharpness in front of goal.

More worrying from the visitors’ point of view were the frailties shown at the back. Unlike their previous opponents, Leitrim concentrated on getting the maximum return from possession rather than smothering the game with the blanket once they moved into the lead.

Faced with an attack that was up for it over the seventy minutes, the Limerick defence crumbled under pressure as the home side’s outstanding full-forward Keith Beirne repeatedly ripped them to shreds.

Even a mini-revival after the break was quickly snuffed out once the Connachtmen got back on track again to stroll to an untroubled victory over their shattered opponents.

Both sides committed players to the attack from the throw-in but Leitrim, despite starting against the breeze, had more success. Focusing their efforts on getting the fast ball into their inside men, Beirne gave them the lead and, after Josh Ryan equalised, he added two more as he sprinted out ahead of his marker to collect the long delivery.

Limerick were getting their share of possession but were showing none of the awareness in support that let Ryan O’Rourke move the gap to three. Ryan did pull one back after collecting from Danny Neville, and, in their best spell of the half, had two goal chances in quick succession but Neville lost control bearing down on the posts and Ryan fisted wide of the gaping net from the corner of the small square.

When Leitrim picked it up again, Darragh Rooney’s slicing run up the right drew the defence for his handpass to find Beirne who slipped tothe net. The pressure continued as Dean McGovern pointed within a minute of coming on as a sub and Beirne sent over the first score from a free.

Seán O’Dea came up from full-back to reply for Limerick but it was only momentary relief as O’Rourke jinked in from the left to point, Jack Heslin finished off an extended series of passes and Brendan Gallagher was left on his own to find the target. The visitors got a bit more space as the half drew to a close and, after Jamie Lee’s strike from out left was met by Gallagher, Ryan’s free cut the gap facing them to 1-10 to 0-5.

The pace dropped off on the resumption as Leitrim took a more conservative approach but, despite enjoying most of the play, Limerick’s only reward was Lee’s finish from close range. Beirne cancelled it out with a strike from the left but the Munstermen found a glimmer of hope when Lee intercepted a move from the back and found sub Robbie Bourke to slot into the low left corner of Diarmuid McKiernan’s net.

Neville then pointed from the resulting kickout but that was as close as Limerick got as Leitrim moved their efforts forward to regain the initiative and Beirne followed Heslin’s shot on the run with a pair of frees. Bourke and Seán McSweeney’s free broke the run but the Westerners were in no mood to ease up. Heslin, Beirne’s ‘45’, MGovern and Gallagher piled on the agony and, after Séamus walked on a swcond yellow, Beirne rubbed Limerick’s face in the mud when, after his free hit the post, Darragh Rooney played it back into the square for the full-forward to tap his second goal to the net.

MAN OF THE MATCH: With a personal tally of 2-8, 2-4 of it from frees, Leitrim full-forward caused havoc in the Limerick defence as he single-handedly shot his side into a match-winning lead after just fifteen minutes.