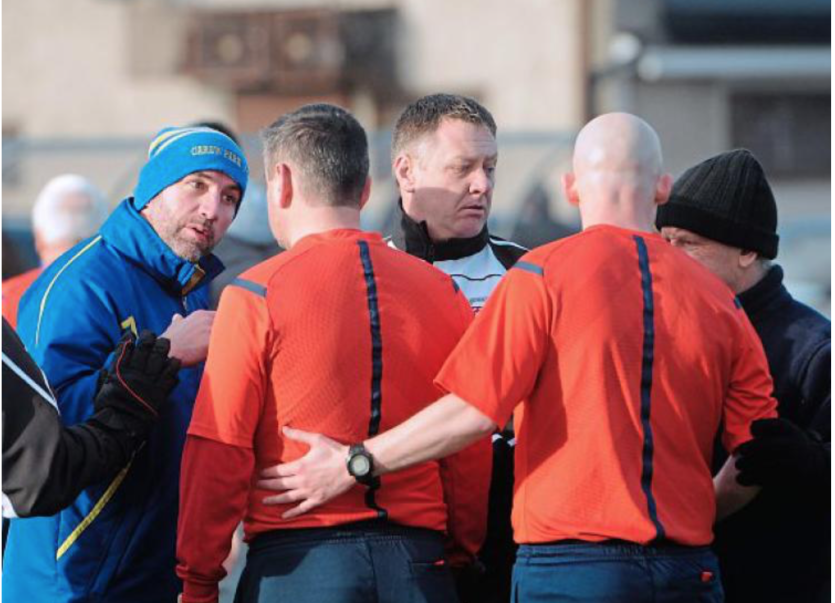 Management chat to the referee after the game was abandoned

Carew Park FC have confirmed they won their appeal on a decision to award Janesboro all three points from their abandoned Limerick Premier League game on February 4 of this year.

In a hearing held in Cork, Carew Park won their appeal and also had their €300 fine overturned. The game, which had originally been awarded to Janesboro on a 3-0 scoreline, will now be replayed later this season. The tie was abandoned after 80 minutes with all three points going to the home side following a Limerick League decision.

Janesboro currently sit atop the table with a seven point lead over Regional, however, that will now return to four, with a game in hand to play against Carew Park, who currently sit in fourth.

We can confirm that we were successful in our appeal to the MJC last night in overturning a decision by the ldmc to award @JanesboroFc 3 match points in a recent game that was abandoned. Also a €300 fine has been overturned

The game will now be replayed at a later date