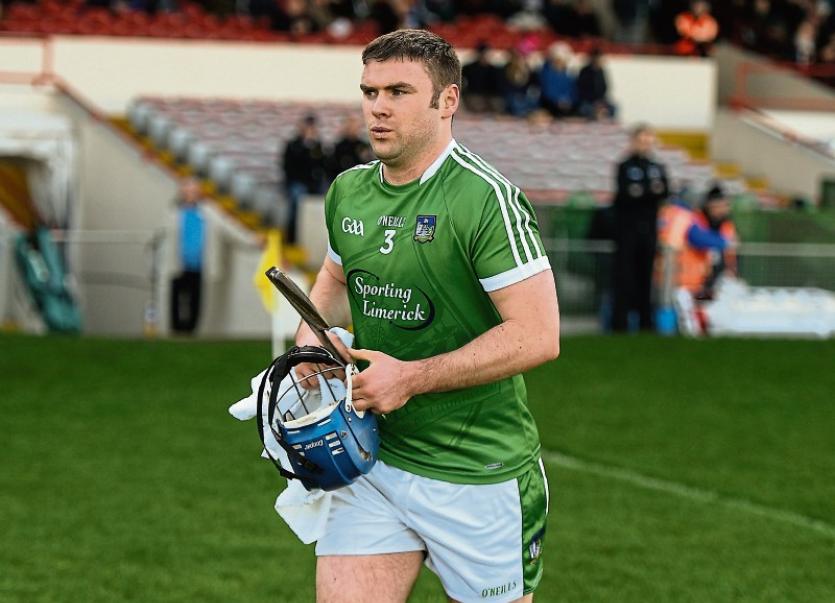 Richie McCarthy makes his first start of 2018 at full back

THERE are six changes to the Limerick team for Sunday’s Allianz Hurling League game away to Antrim.

The round four game in Division 1B takes place in Ruairi Og GAA grounds in Cushendall at 2.00.

Depleted Limerick are in a position to bring just a panel of 22 players for the penultimate group game due to injuries, Fitzgibbon Cup and Na Piarsaigh club commitments.

Of the six changes from the win over Dublin last weekend, four are due to involvement with UL in Saturday’s Fitzgibbon Cup final in Mallow against DCU – Sean Finn, Tom Morrissey, Gearoid Hegarty and Barry Murphy.

Into the team in their place come Tom Condon, Colin Ryan, Barry O’Connell and Graeme Mulcahy, who is making his first appearance of the season.

In further changes Nickie Quaid and Seamus Hickey are named among the seven substitutes, with Barry Hennessy and Richie McCarthy getting their first league starts of the year.

O’Connell is the only one of the six changes that has started any of the three previous league games this season.

Limerick will hope to maintain a 100% start to the 2018 and then go to Pearse Stadium in Salthill to play Galway on March 4 full of confidence for a winner-takes-all promotion decider.