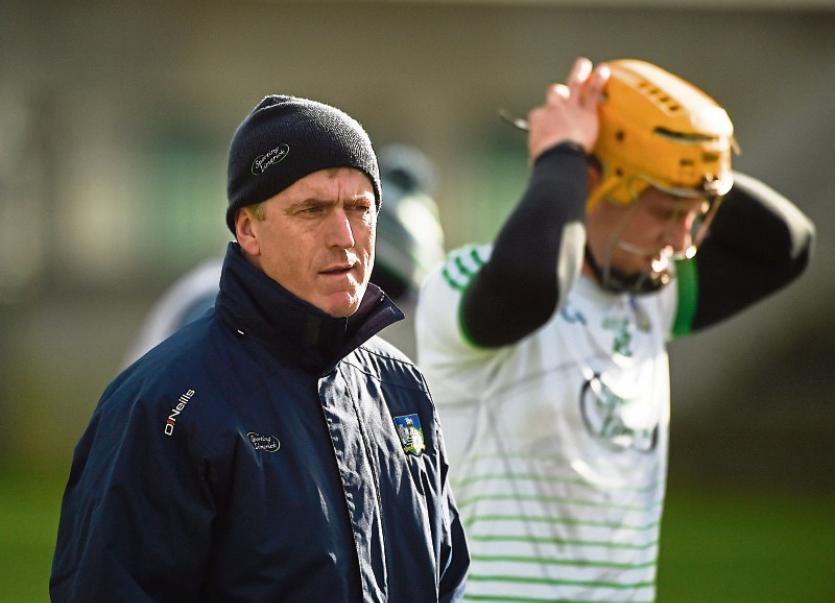 JOHN Kiely isn’t talking about promotion just yet but the Limerick senior hurling manager does concede that his side are moving in the right direction.

“We are building a good head of steam and a block of momentum and everybody within the group senses that there is something that bit different about this year,” said Kiely after the win over Dublin in the Gaelic Grounds.

He added: ”There is great energy within the group and the fact that they didn’t come back too early meant the boys had a real break in the Autumn and they are fresh.”

“I think we learned an awful lot last year as a group and made a few changes to the way we were going about our business as a management team as well - there is a lot more clarity within the group as to what everyone is supposed to be doing,” outlined Kiely.

”The first year is very tough and we have learned a lot from it.”

Limerick have now beaten Laois, Offaly and Dublin to sit aloft of Division 1B. Limerick have scored 3-75 and conceded just 0-45.

“The attitude of the players is good and we were in control of the game for long periods; we retained possession and to be honest I think we should have got a better score on the board ourselves and probably left them get more than would be a fair reflection of their performance,” said Kiely of the Dublin round three league game.

”I did expect a much tighter game and I thought it would go down to the last 10 or 15 minutes and be more tightly contested,” he said of the tie with Pat Gilroy’s men.

“We started very well and we were sharp from the off-set. The boys were very focused when we met up this evening and that was reflected in the first 15 to 20 minutes of the game and we were quite clinical in front of goals. The forwards were making the ball stick early doors today and compared to the last day when we got eight balls in the 10-12 minutes and we only got one, whereas tonight we 75% of the balls into the full forward line were retained and as a result we got scores from them or off frees,” praised the manager.

He added: ”I think the inside full forward line can take a lot of credit for their work-rate and for their touch.

”Anytime they got a score we got the next score and nearly the vast majority of scores that they got, we turned around to get a score and that is something we have worked on.”

After using the same team in the wins over Laois and Offaly, Limerick made three changes for the visit of Dublin with captain Declan Hannon returning to the centre back role after injury.

“Declan brings added assurance and stability there - when a ball goes in there you feel secure that it is going to be dealt with. It wasn’t that we didn’t feel that with Dan (Morrissey) - Dan was superb for us but Declan is the captain and one of the most experienced players and he was hungry to get back because he was out for a month and looking at the half back line playing so well. When you have a player like Declan Hannon waiting to come back in, you don’t leave him out,” said Kiely.

“I am delighted for him – he is working really hard. They are all working hard and everyone has to go out and earn their crust,” said the manager.

“He was playing with us and UCD and he is up and down from Dublin – his commitment has been fantastic.

We actually told him to stay up in Dublin last Thursday night and I think he benefited from that rest – sometimes the best thing can be to tell a player to stay away because they don’t always have to train. Sometimes rest is the most important thing,” suggested the Limerick manager.