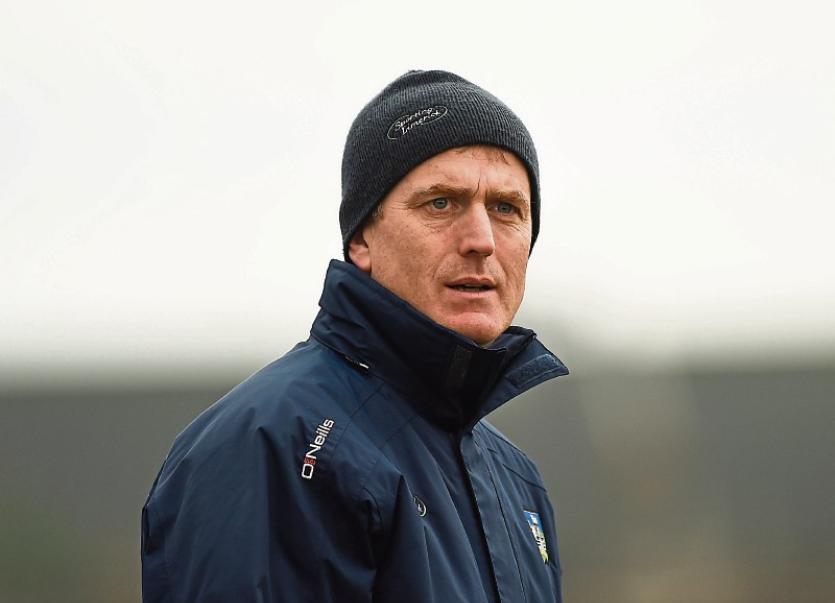 Limerick bid to maintain their Allianz Hurling League promotion push next Sunday (2.00) when they play Antrim in the penultimate Division 1B group game in Cushendall.

On Saturday (3.00) – UL play DCU in the Fitzgibbon Cup final in Mallow. There are 11 players common to both panels and Limerick are to plan without them for the trip to north Antrim.

Limerick have a 43-man panel at present. Already ruled out are 10 Na Piarsaigh players and now the UL contingent. Adding the long term injured Darragh O’Donovan, that will leave Limerick with maximum 23 players to face Antrim – including three goalkeepers.

“UL are playing in the Fitzgibbon Cup on Saturday and we are going to Antrim on Saturday and that gives us a very limited panel to work from but it’s a great challenge for the panel as a whole in terms of being a real character test and a test of the depth we have,” confirmed John Kiely.

”We are going to get to see a number of lads that we may not ordinarily got to see - it’s up to them to put their hand up and say I deserve to be included with a place in the team.”

He explained: “We are not going to expect the players to play a Fitzgibbon Cup final and then turn around and drive to Antrim on Saturday evening or Sunday morning. I don’t think it’s on - players deserve more than that. It’s a prestigious competition and they should be entitled to have the weekend to play the final”.

In Saturday’s win over Dublin, Richie English and Aaron Gillane are picked up knocks.

”That’s my position and as a management team we are united in that approach - it does pose a lot of difficulties for us. It brings us back in numbers to quite a tight panel - we have a few injuries as well so we will have to assess it in the course of the week and that could have a bearing or impact on it but our intention is that the UL players will be with UL on Saturday and that will be that,” said Kiely.

”We have to make sure we have enough bodies but I don’t want to have to lay down the law and say ye boys have to travel to Antrim after playing a Fitzgibbon Cup final.”

He added: “We will have 20 players possibly fit to go to Antrim - it could be 18-19 and that’s a challenge. That’s not paying not enough respect to Antrim, I wholeheartedly respect what they have done already in this league campaign has been impressive. For us to go up with a tight panel makes it a really difficult assignment and we will have to pull out all stops to come out of there with a result.”