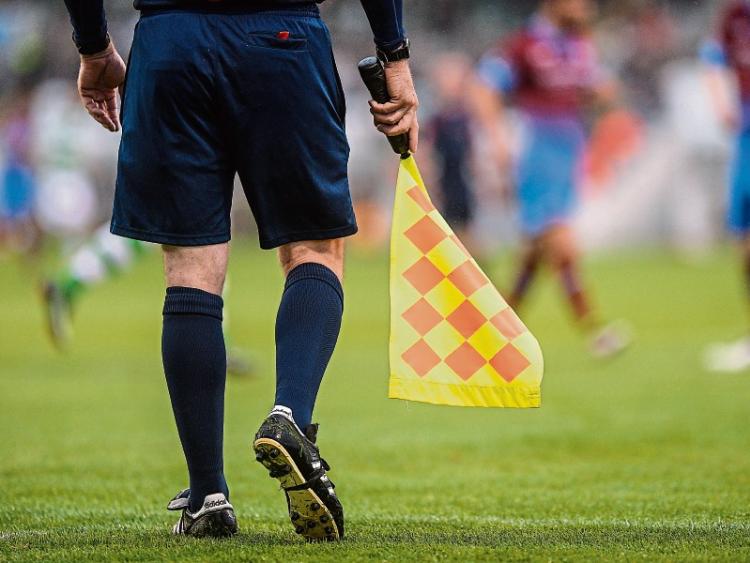 Respect for soccer officials and players needs to improve

BACK in mid August I did a preview for the upcoming season listing my hope for the Junior Soccer campaign in Limerick.

The piece read as follows:

"My hope for the new season is that the soccer fraternity, fans officials and players alike, bring civility back to the game. From the supporter on the side line, who for some reason think they are entitled to abuse match officials, to the online supporters and commentators who think it is fair game to fling verbal abuse from behind a keyboard, at players, opposition and administrators.

"Clubs should realise that abusive behaviour on the touch line creeps into the team increasing greatly to their yellow card count. In years gone by anyone who was abusive to match officials was evicted from the grounds. Maybe we need to go back to that if the alternative is listening to a constant barrage of abuse.

"Online, some people are inclined to forget soccer is meant to be fun. Some people get so worked up they seem to think local Junior Soccer is a matter of life and death - it's not.

"Abusing people who give of their time voluntarily is not right. Be sure to disagree if so inclined and if you wish you can take their place within clubs or council if you think you can do a better job, but at least respect their commitment and keep your comments to a non-personal variety."

Well, so much for that! The season to date has done little to warm the hearts of those looking for a change in behaviour.

There continues to be a cohort of players, officials and fans who are determined to drag the game down. I'm not talking about usual shouts from the sideline but more pointed and personal comments that are bringing the game into disrepute. One has to ask, if we fail to tackle the issue, where are we heading?

As bad as it is to watch and listen to verbal abuse, it usually went no further. However this season the verbals have turned physical on a number of occasions.

There is no excuse for anyone to be physically attacked in the course of footballing duties.

A lot of us have been around long enough to have witnessed experts at winding up the opposition but we were always able to see this for what it was. However today's players seem to be more thin skinned.

Regardless of what is said, nobody should have to resort to physicality to relieve their frustrations.

I have spoken to a number of soccer stalwarts over the last couple of weeks who have had enough. They have decided to walk away from the game. These are good people who will be a huge loss to the sport.

We all have a part to play if we are hoping to halt this slide.

Players should realise that most of you playing now will be retired within ten years. For the rest of your life you will come across people you played with or against and you will realise they were not the enemy you thought when playing. You will end up laughing at some of your infantile behaviour.

Managers likewise should be aware that their behaviour on the sideline creeps into their team. If they are abusing officials then their players will feel it's okay for them to do likewise.

Managers should concentrate on managing their own team and getting involved with the opposition only causes further angst.

Referees also have a responsibility. I have been at games where the referee gets abuse for every decision he makes. It's amazing how two sidelines can see things so differently.

The referee is human and susceptible to mistakes like everyone else. When one accepts that they are no different to players and will have good and bad games, it may help you to accept the officials decision.

However that does not mean referees get a free pass. They are expected to evenly treat players and club officials with respect. A few words before kick off with the teams to lay down his limits is always welcome. If players have been told you will not tolerate abuse you must follow through by punishing same. From the touchlines, you can remove abusers from the ground.

Consistency is expected, whether you are with a Premier team or a Division Four team shouldn't matter.

Clubs need to take on more responsibility. If your players or manager are abusing officials you need to have the courage to call them on it. If you have fans who are shouting unacceptable abuse at officials, you need to tackle it. This also applies to online abuse by your members.

Clubs are well aware that if their player threatens an official then the game will be called off and you will lose the points. This needs to be instilled into every player in the club.

LDL will be taxed with dealing with issues after the event. They act on the report submitted by referees and like referees, they must be seen to consistent in their interpretation of the rules and no preference should be given for the so called "bigger clubs".

Council should leave clubs in no doubt that they will punish anyone that comes before them charged with abusing officials or opponents.

Obviously any club punished by Council is going to feel aggrieved but they have the right to appeal.

Real fans should remember that words can hurt. When shouting abuse at officials and players remember that their kids or parents could be present. Place yourself in their position, how would you like it. Remember shouting from a sideline or from behind a keyboard is no different.

We have some so called fans who will never change. These people are no friend to junior soccer and in fact could be hunting people away from their beloved sport.

No one is suggesting we stop good humoured banter which, at times, can be more entertaining than the action on the field. Hopefully we can remove the nastiness and remember that words can have consequences.