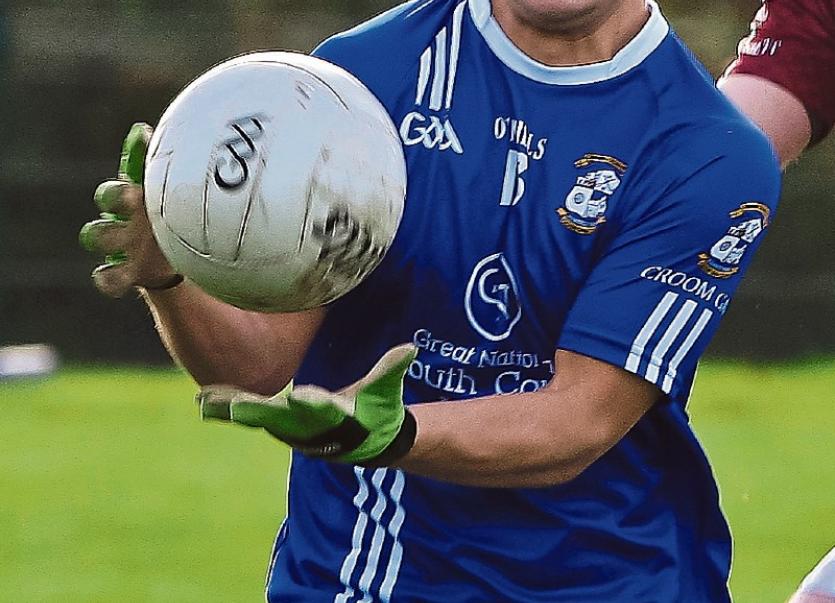 A new format for the 2018 Limerick JAFC

THE Limerick Junior A Football Championship is be run on an all-county basis – moving away from the traditional divisional structure.

The move was passed at this Tuesday’s February County Board meeting in Claughaun.

Twenty clubs have entered the new-look championship which will have four groups – guaranteeing each team four games.

“Sean McAuliffe of Hospital-Herbertstown enquired about the JAFC at the first County Board meeting of the year and I met up with Mike O’Riordan and then we discussed it at CCC level and came up with the new format,” outlined new Limerick GAA vice-chairman Seamus McNamara, who doubles up as chairman of the CCC.

All interested junior A football clubs were called to an exploratory meeting before the new structure was debated at the County Board meeting at the end of January.

”At least 90% of the clubs were in favour – the main thing was that clubs and players wanted matches,” McNamara told LeaderSport.

At this week’s County Board meeting there were no dissenting voices, albeit the West Board division officers in particular had raised concerns at the previous meeting.

The draws for groups will be made at a CCC meeting this Thursday night. There will be four seeded teams – Cappamore, Croom, Kilteely-Dromkeen and Fr Caseys.

The new structure is in place for a two year trial.

Changes to the Junior A Hurling Championship were also ratified at the meeting as part of the overall Master Fixture list.

Elsewhere in the Master Fixture list, the opening round of the Premier IHC has been changed. Round One was scheduled for April 12 with three games scheduled before the break for the Munster Championship.

But after concerns were raised by clubs, the Premier IHC will now start on the same weekend as the SHC and IHC on April 19-23.

The Limerick SFC and IFC commences on the weekend of March 29-April 1.