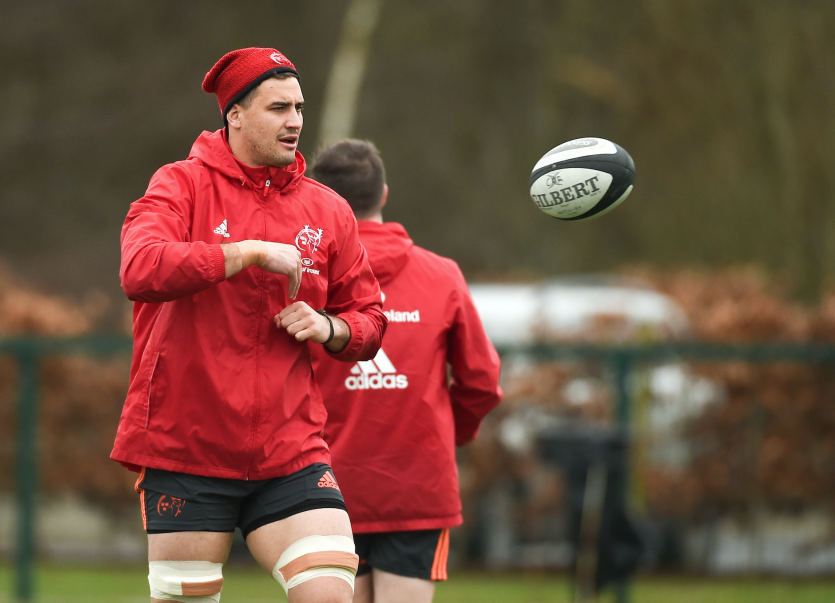 Gerbrandt Grobler in training this week

Munster Rugby have named their side to take on Zebre at Thomond Park tomorrow night. (7.30pm)  There are 12 changes to the starting XV that overcame Castres Olympique 48-3 in the Champions Cup last time out with captain Billy Holland maintaining his place along with Simon Zebo and Jean Kleyn.

Scrum-half Duncan Williams makes his 150th Munster appearance and is partnered in the half-backs by JJ Hanrahan. Seventeen of the 23-man squad are products of the Munster system with all but two of the squad Irish-qualified. The back three is made up of Zebo, Darren Sweetnam and Alex Wootton – the province’s top try-scorer so far this season with seven tries.

Dan Goggin makes his first start of the season after recovering from a knee injury with Sammy Arnold also back in the side for his first appearance since New Year’s Day.

James Cronin returns from international duty to start at loosehead prop with Niall Scannell at hooker and Brian Scott at tighthead.

Holland is named in the second row alongside Kleyn as Jack O’Donoghue, Conor Oliver and Robin Copeland make up the back row.

John Ryan is among the replacements having featured in Ireland’s dramatic win over France in the 6 Nations last week with Ian Keatley and Rory Scannell also back from international duty.

Gerbrandt Grobler and John Poland are both in line to make their Guinness PRO14 debuts off the bench with Kevin O’Byrne, Jeremy Loughman and Dave O’Callaghan completing the replacements. O’Callaghan is named in a Munster squad for the first time this season having recovered from a knee injury sustained last April.

"In relation to Gerbrandt Grobler’s selection for the province, Munster Rugby and the IRFU wish to reiterate that Gerbrandt, as a member of the Munster squad and living by our values, will continue to be considered for selection during his time with the province, once deemed fit.

While some hold the view that rugby should provide no road-back for those that have taken a banned substance in the past, it would not be within the spirit and values of rugby to turn its back on every person that ever made a bad decision, having made restitution.

Irish Rugby is recognised as operating one of the most stringent testing environments of any rugby nation with a zero tolerance approach to doping in the sport. The province and Irish Rugby are fully supportive of all WADA and World Rugby anti-doping policies.

"We can't wait to play over the weekend." 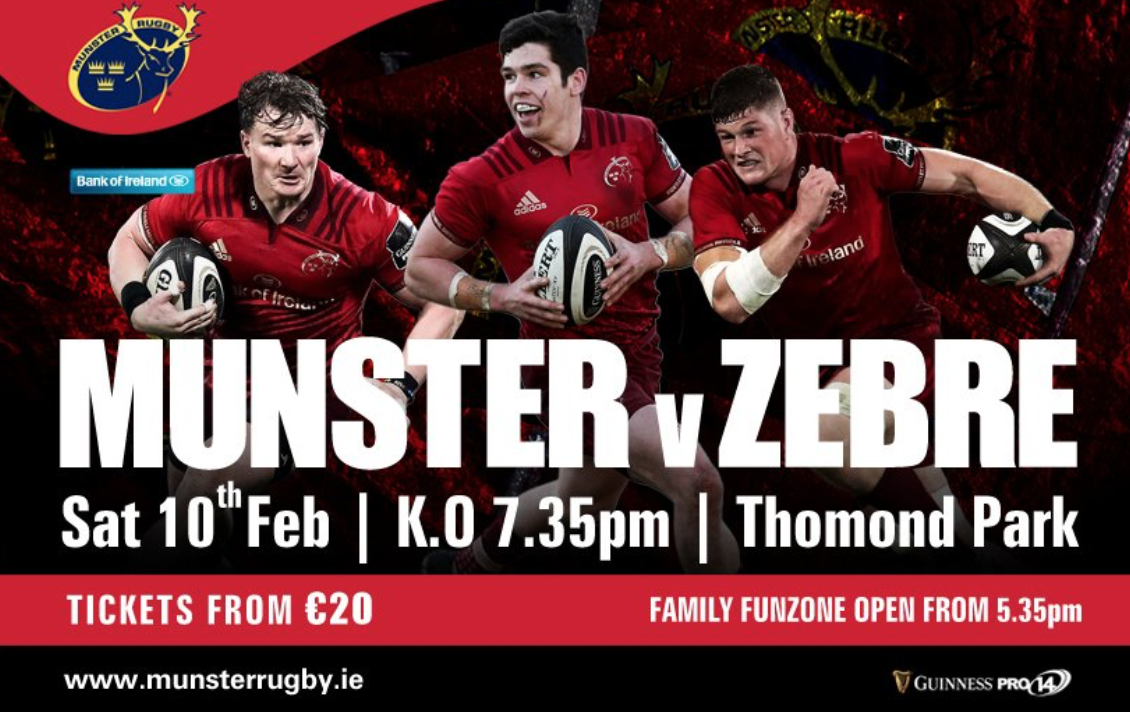