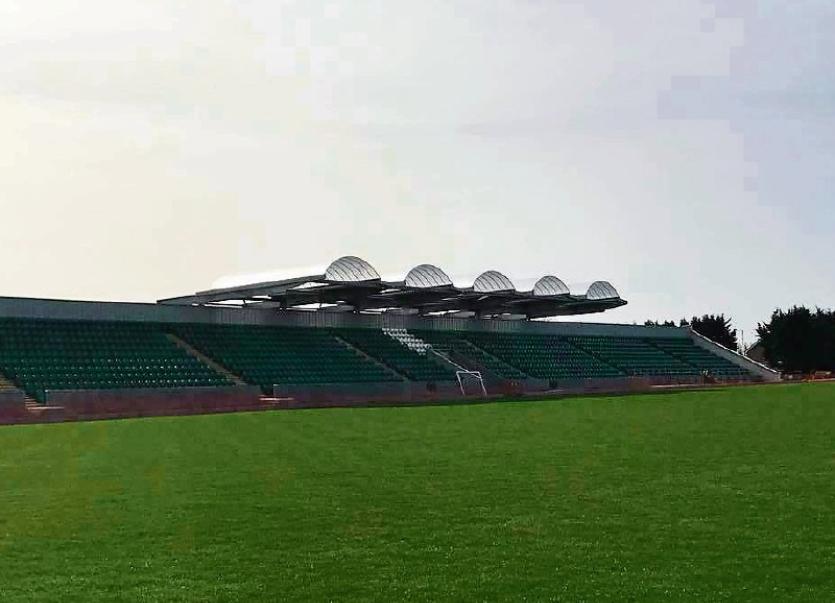 The new stand at Ruislip owned by London GAA

LIMERICK journey to London for round three of the Allianz Football League this weekend.

Sunday (1.00) will be the first visit to McGovern Park in Ruislip since 2013 – captain Donal O’Sullivan the only player remaining from that starting team. On that occasion Maurice Horan’s side just emerged 1-9 to 1-8 winners.

A John Riordan goal was central as Limerick opened a 1-4 lead before the home side responded. With 10-minutes remaining Limerick were seven points to the good but London scored the last five points in a nervy finale in a year when Limerick won promotion out of Division Four – current players Darragh Treacy and Seamus O’Carroll played in that year’s league final win over Offaly in Croke Park, along with O’Sullivan.

This weekend, Lee brings Limerick to across the Irish Sea looking for a first win after defeats to Laois and Carlow. London play all seven group games in the redeveloped Ruislip this year and have lost to Carlow and last Sunday beat Wicklow.

In the two Limerick games, Billy Lee and managements of Paudie Kissane, Ricky Ronayne, Brian Begley and Barry Fitzpatrick have used a remarkable 25 players out of their 33-man panel – 16 in starting roles.

“With the London game coming up next weekend, we need to change our focus quickly. London beating Wicklow will also keep everyone's feet on the ground in relation to that fixture,” said the Limerick manager Billy Lee of Sunday’s game.

After Sunday’s third successive weekend of games, there is an Allianz Football League break with Limerick off to Carrick on Shannon to play Leitrim on February 25.