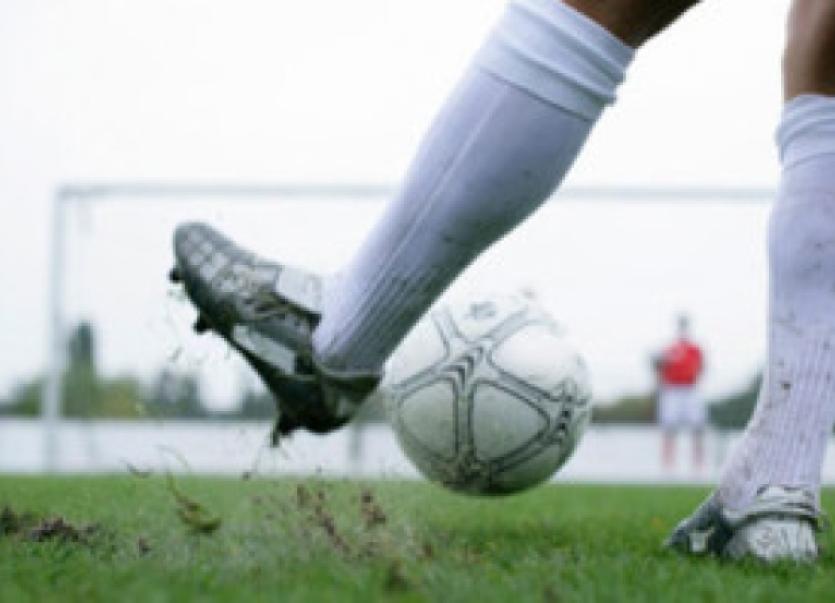 Charleville qualified for the Tuohy Cup final on Wednesday night

Charleville qualified for the final of the Premier League's Tuohy Cup with a 3-2 extra time win over Fairview Rgs at local headquarters on Wednesday evening.

Despite their lowly league position, the Cork side showed plenty of character and skill to reach the decider where they will play the winners of next weekend's other semi final between Carew Park and holders Aisling Annacotty.

Within three minutes last season's Golden Boot winner Pat O'Callaghan had the side's level with a superb goal dinking the ball over the advancing Richie Ryan after a good build up.

O'Callaghan scored his second from an acute angle to give the Cork side a 2-1 half time lead.

Fairview upped their game after the restart and got a reward early on when a defender knocked the ball into his own goal to make it 2-2.

Conor Kavanagh was denied on a number of occasions by Charleville keeper Jesse Smith but there was no further breakthrough until the second period of extra time when Shane Dillon raced onto man of the match Mark Kavanagh's through ball to fire home the winner.