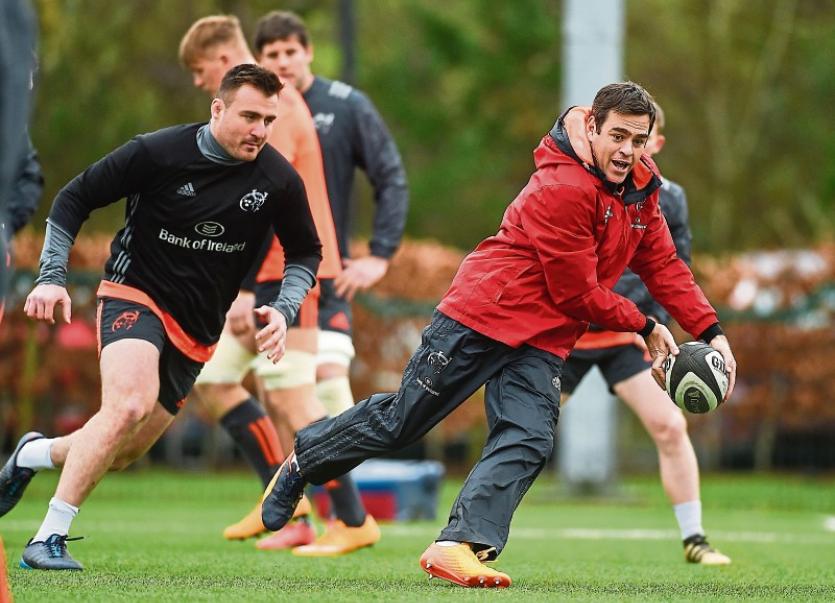 Munster say the  players currently training with the province’s Academy were identified and recruited in line with their ‘succession plan.’

Eighteen-year-olds Keynan Knox and Matt Moore recently linked up with Munster after completing their schools rugby with Michaelhouse and St Andrew’s College respectively.

Knox, a tighthead prop, and Moore who plays centre and fullback, are training with the first year academy recruits.

Asked if he had any concerns about any impact the decision to bring the pair to Munster would have on young local club and schools players who harboured dreams of playing for the province, Van Graan said: "Munster have done their succession planning very, very well. These two young players have been brought in before I came to Munster, but it has been a thorough process.

"If players are identified, look at the senior squad, you possibly need to bring guys in I think every team in the world does it.

"We have a very good culture and history here at Munster and we need to look after that."

The Munster squad is this week preparing for this weekend’s resumption of the Guinness Pro14 when van Graan’s charges host Zebre on Saturday at Thomond Park, 7.35pm.

Munster will play four Pro14 fixtures in all during the period the NatWest 6 Nations Championship is taking place.

Head coach van Graan said prop Dave Kilcoyne, who was called into camp this week, could be available for selection for Saturday’s game with Zebre, however Andrew Conway is facing two to three weeks out.

The head coach issued an upbeat medical bulletin on out-half Tyler Bleyendaal with the New Zealander reported to be progressing well with his neck rehabilitation.

Van Graan said: “Tyler is back in training. He is taking limited contact. We hope to see him somewhere in the next four weeks. I won’t say we are out of the woods yet with Tyler. We are still taking it day by day. Like I said before, obviously his health is our number one concern.”