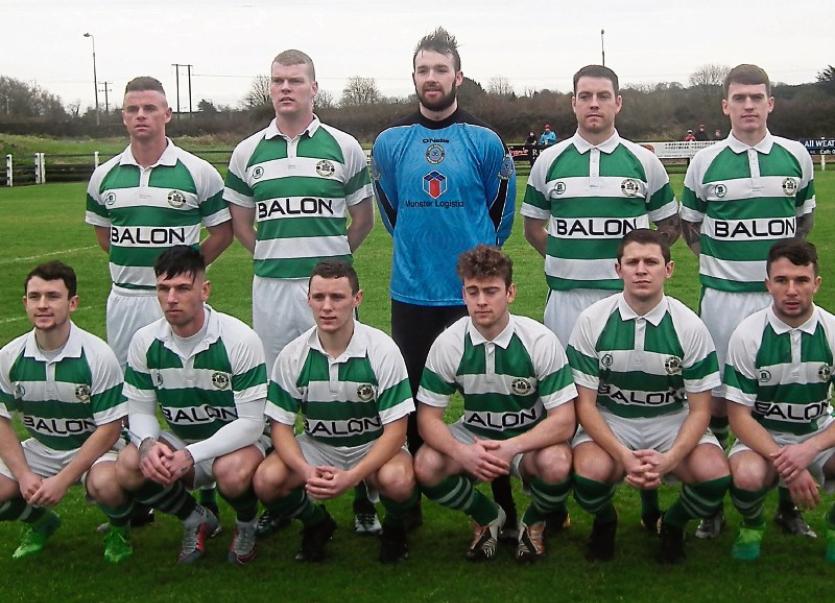 Limerick's last remaining side in the FAI Cup, Pike Rovers

Pike Rvs FAI Junior Cup charge continued in impressive fashion on Sunday afternoon when Rovers travelled to Waterford and returned with a 3-1 win over Dungarvan.

The result puts Pike into the hat for the quarter final draw where they will be joined so far by likely lads, Usher Celtic, St Michaels, Newmarket Celtic, Newfoundwell and Mervue.

An evenly fought encounter was tilted Pike's way ten minutes from the break when Eoin Hanrahan delivered a cross from the left and Dave Ryan provided the finish from close range.

Pike's celebrations were short lived as the home side were back on level terms within three minutes, taking advantage of a defensive error to score from close range.

The second half continued in much the same vein with little to choose between the sides but with 20 minutes remaining Pike were awarded a corner kick. Wayne O'Donovan delivered and Wayne Colbert headed in from six yards.

The home side pushed forward for an equaliser and Pike took advantage when a super ball from Shane Walsh picked out Paddy O'Malley and his pass put Steven McGann through to wrap in up on 89 minutes.