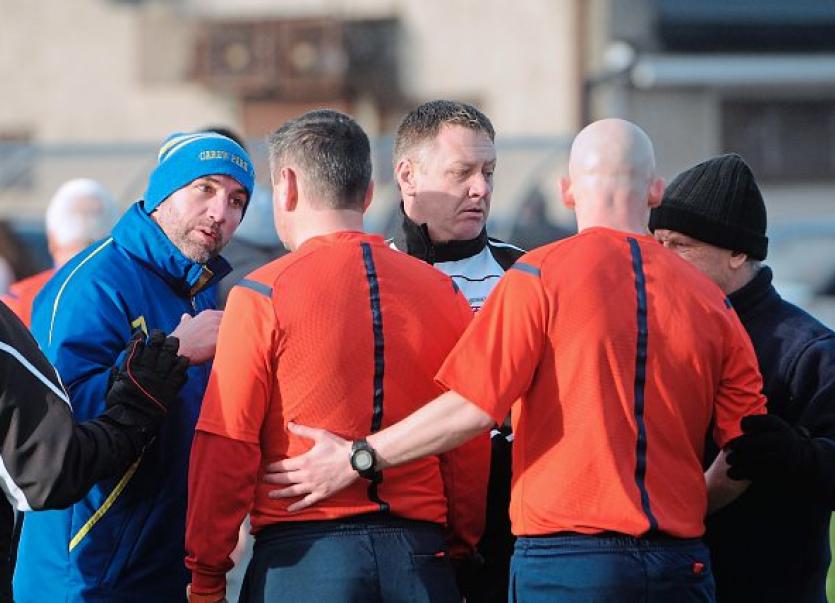 Management and officials discuss the decision to abandon the game

THE top of the table clash between Janesboro and Carew Park in the Limerick Premier League was abandoned early into the second half this Sunday afternoon.

The top league game of the day ended disappointingly early when referee John Hayes was forced to abandon proceedings ten minutes from time.

Carew Park had a player red carded on 80 minutes and when the reactions associated died down, a spectator encroached on the field, leaving the Officials with no option but to call a halt to proceedings.

It's a pity that will be the talking point as the game was an entertaining affair otherwise.

Aaron Nunan put the home side in front but before the break Jonathan Grant levelled the tie. Carew wasted a penalty kick when John Mulready saved from Kieran Hanlon before all the shenanigans kicked off.

It will now be down to the LDL to decide the outcome of the tie based on the Referee's report. 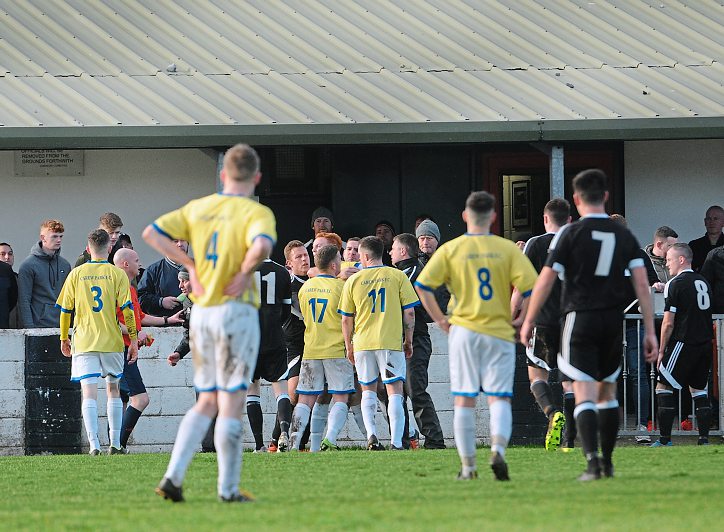