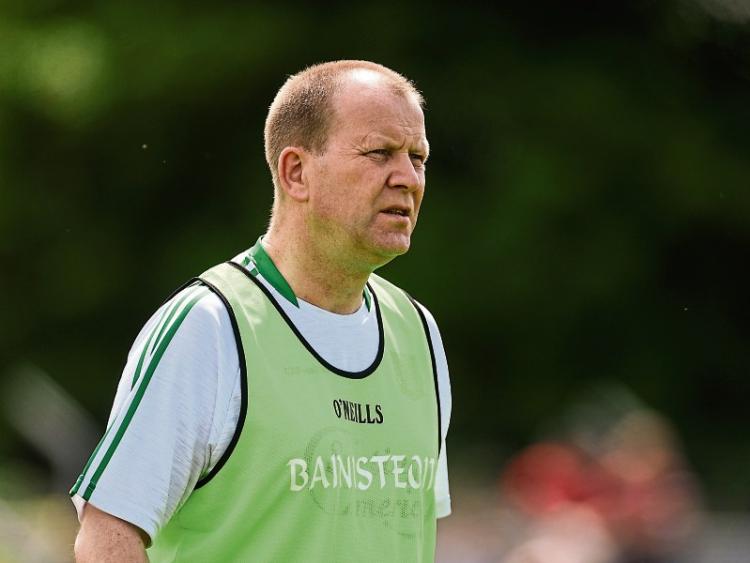 BILLY Lee has urged patience for his Limerick senior footballers throughout 2018. The Limerick football manager is not one for providing excuses and isn’t going to continually reference those absent from his panel.

But Lee is realistic and his new-look youthful panel have much to learn.

Last weekend, six players were given their first taste of senior competitive action in the nine point loss to Laois.

Up this Sunday (2.00) in the Gaelic Grounds, is another Division Four promotion contender Carlow in the Allianz Football League round two.

“This is going to be about ourselves for the year - we have a new bunch of players and we have got to help them and not expect them to do something that they are not used to doing,” explains Lee.

“We will work hard and focus on ourselves inwardly - if we focus on the other teams we are going to forget the best principle and that’s to improve ourselves. We will help the lads understand one or two things about Carlow but for the most part this is about ourselves,” he outlined.

“I don’t get into or look into who are favourites but I would have Carlow right up there as a team to beat based on what I saw last year. It will be a tough game for us - at some point we have to play Carlow so there is only one thing to do and that’s get up and get on with it.”

Limerick have a 33-man panel for this league campaign and a new-look side must be moulded.

“In Limerick you can’t afford to lose anyone - we will everyone. I would prefer to work with the lads that are here - the lads that are gone have opted out for their own personal reasons and we have to respect that but I am going to put all my time and attention into the lads here,” said Lee.

Off the loss in Portlaoise, he said: “there are positives to work with”.

“To be fair they worked their socks off in that first half and they troubled Laois in terms of where they were shooting from. We had to get the set-up right and we did. The second part is to go and score and it takes a process to move from one side of the field to another,” he recalled of the 2-12 to 0-9 defeat.

He added: “We will keep going and certainly won’t be despondent - maybe 2-12 to 0-9 - 14 scores to nine was a fair reflection of the game but I’m not sure they were nine points better than us, although they did deserve the win”.

“We set out our stall but when we got the football back we tried to go and play football - we encourage that because we have to try and make it enjoyable as well. Inter-county can be a right hard slog and if you are not enjoying it there is very little point in playing it so we try to play football and enjoy it - of course winning also brings enjoyment but at least when fellas we try and get the ball and do something positive they will going at it.”