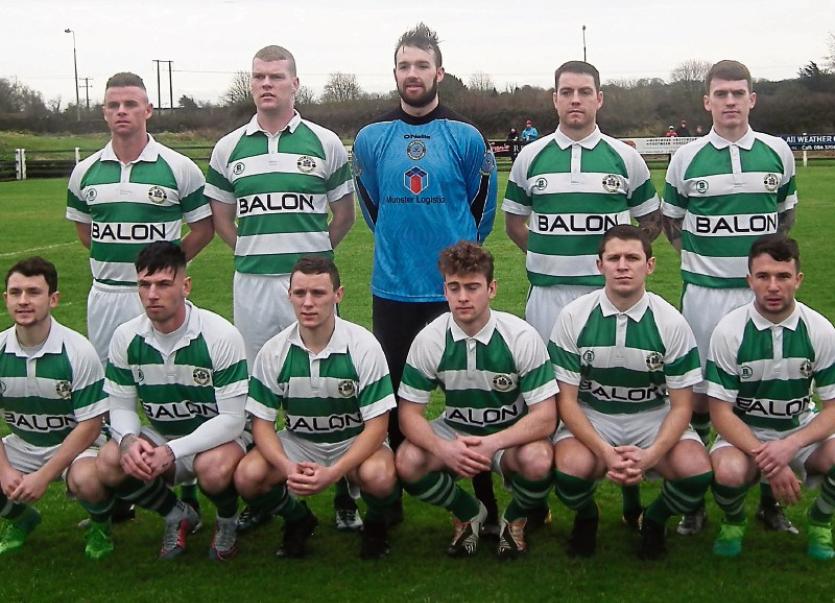 Limerick's final representatives in the FAI Junior Cup, Pike Rovers, take to the road on Sunday to face Dungarvan in Waterford. The southeastern club played hosts to Pike's youth team last Sunday and ended up winning on penalties.

Limerick fans will be hoping there is no repeat this time out as Pike Rovers aim to book a place in the quarter finals of Europe's biggest tournament. A run of nine successive wins in the last four months has confidence levels high in Crossagalla.

Rovers posted an impressive win over Carew Park in their last outing despite the fact they were missing a few regular starters. Dungarvan lie mid table in the Waterford League and come into the tie on the back of a 3-3 draw with bottom side St Saviours last Sunday.

The bookies will make Pike Rovers favourites but Mike Shiels will be smart enough to instil on his men that there are no such thing as an easy game at this stage of the competition. Once the Hoops go into the tie in the proper manner they are good enough to take another step towards their goal.

In the PJ Matthews Premier League the top two clash when Janesboro host Carew Park. Janesboro and Carew Park have yet to meet this season so Carew Park know that they are still capable of catching the leaders if they win both head to heads.

Carew will be hurting from the defeat to Pike while 'Boro had a facile preparation putting ten goals past Killarney in their last bout. A win for 'Boro and you feel the gap will prove too wide to close.

Regional Utd host Kilmallock hoping to win and that Carew will help close the gap at the top of the table. Ballynanty Rvs are another side looking to keep the pressure on and they host Fairview Rgs in Shelbourne Park.

In the remaining game Nenagh will be hoping for a reversal of fortunes when they host a Charleville side buzzing from a 5-1 win over Aisling in their most recent game. There are some interesting games up for grabs in the Lawson Cup games on Sunday morning.

Two former winners of the competition meet when Hyde Rgs take on Geraldines in what is a repeat of the 1973 final. Division 1A side Corbally Utd host Coonagh Utd who will be looking for a bounce back after their recent FAI heroics. Bruff Utd take on a Prospect straining at the leash after the Christmas break and Mungret Reg take on Wembley Rvs.

St Pats v Shelbourne is another game worth a visit while another former winner, Caledonians host Athlunkard Villa. Following the disappointment of having their Munster Junior Cup game abandoned recently, Hill Celtic will be hoping to put one over on a Murroe side on a high after defeating Grattan Utd in the Munster Junior Cup.

Another team who had a bad MFA weekend was Cappamore and they get a chance to bounce back to winning ways when they entertain Castle Rvs. A number of Underage teams carry Limerick DL hopes into Munster and FAI action over the weekend.

On Saturday Fairview travel to take on Avenue in the Munster Youth Cup while there are three sides in FAI Under 17 Cup action and all are drawn away from home.

The Tuohy Cup continues tonight (Wednesday) when Nenagh take on Charleville for a place in next week's semi final versus Fairview Rgs.