Three Munster stars to start for Ireland 20s in France 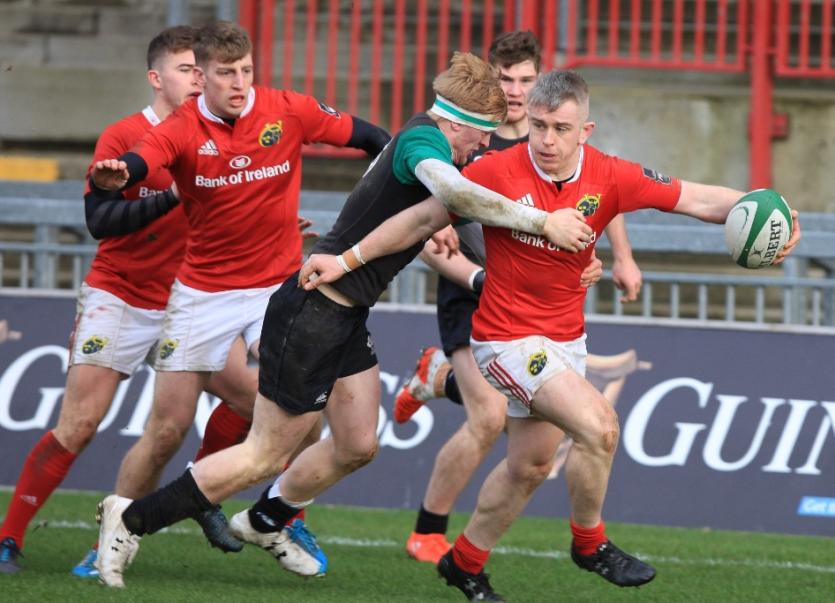 David McCarthy Garryowen, named in the Irish 20's side for their trip to France

Ireland U-20 coach Noel McNamara has named the Ireland U20s side to take on France in the opening game of the U20 Six Nations, this Friday at the Stade Chaban Delmas in Bordeaux at 9pm local time.

Only three Munster players make the starting fifteen with UL Bohemian's James McCarthy on the wing, joined by David McCarthy in the backline, at centre.

Jack O'Sullivan, from UCC, is the sole Munster forward to make the pack, starting at numnber 8

In the front-row, props Jordan Duggan and Jack Aungier will start alongside hooker Ronan Kelleher. Cormac Daly and Jack Dunne are named in the second row, with Matthew Dalton ahd Aaron Hall  in the back row.

Michael Silvester is at full-back, with James McCarthy and Peter Sullivan on the wings.

Ahead of the side departing for France, McNamara said;

"We’ve had a good build up over the past few months, and it’s an exciting time for the players as well as the coaching team.

France is never an easy place to go to play, and we’re expecting a large and noisy crowd at the game, but it’s a good challenge for the players everyone involved is looking forward to getting the campaign underway on Friday night.”

The match will be broadcast live by RTE, with kick-off at 8pm (Irish time).