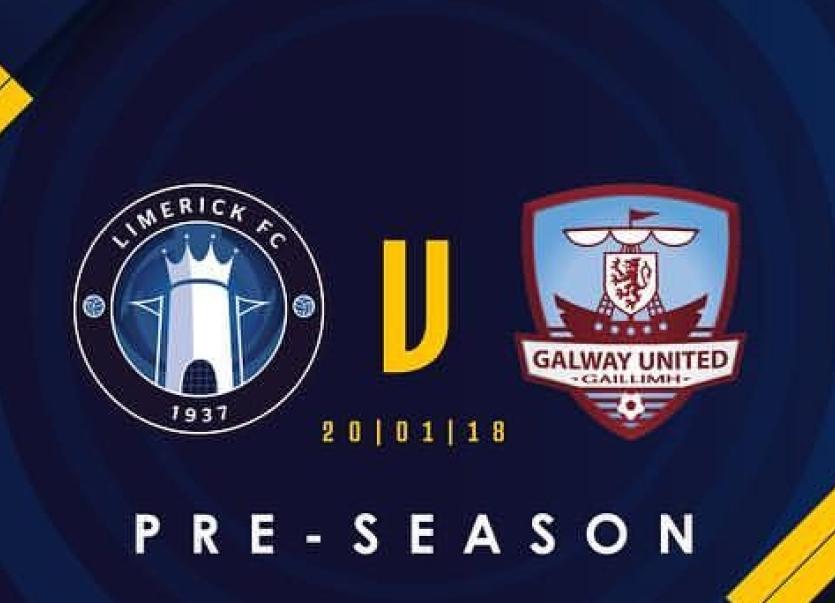 After a few turbulent weeks off the pitch, Limerick FC returned to non-competitive action in the least dramatic way possible – playing out a scoreless bore draw with Galway United at UL.

The majority of the side looked as though they hadn’t played together before – simply because they hadn’t. Fans may well be encouraged by the quick feet of Connor Ellis, but the poise and positional awareness of Eoin Wearen was probably the highlight.

Ex-West Ham midfielder Wearen is coming off the back of a torn ACL that limited him to just twenty minutes of SSE Airtricity League Premier Division action last season, and he was lucky to avoid injury midway through the first half.

A Galway trialist flew into a challenge with him – seeing a straight red in a friendly, which is hard-earned. That downright dangerous challenge was about as heated as it got at the all-weather pitches, as roughly 200 spectators braved the cold conditions.

Cappamore native Tadhg Ryan looked composed between the sticks for United – before being replaced for the second period.

Limerick fielded an entirely different team for the second half – including three trialists. They were Clyde O’Connell, Sosuke Kimura and Shane Lowth.