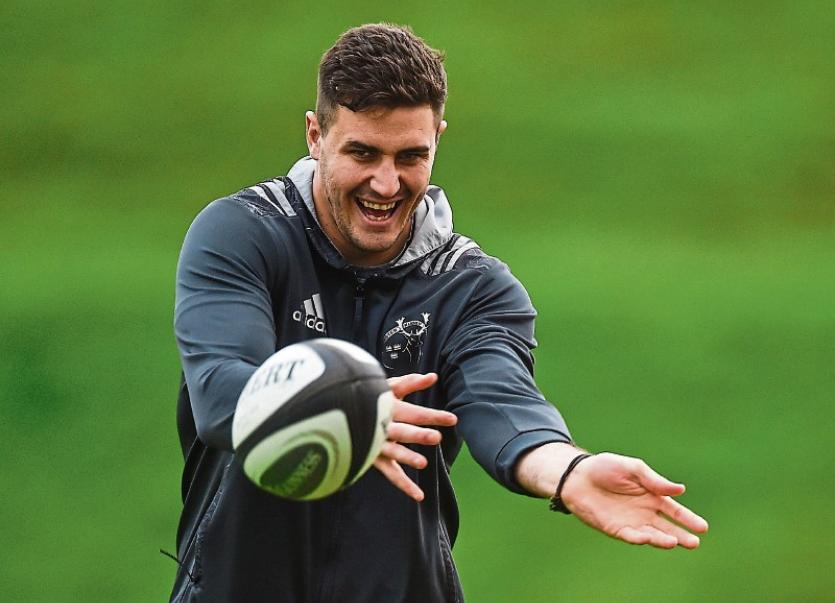 MUNSTER Rugby have insisted that the province’s standing in world rugby has not been diminished in any way by the decision to offer a contract to South African second-row Gerbrandt Grobler this season.

Grobler was banned from the game for two years after testing positive for the anabolic steroid drostanolone while he was playing with Western Province. He returned to action for Racing 92 in October 2016 and moved onto Munster last summer.

Responding to a series of questions on the matter from Newstalk's Off The Ball, Munster said the decision to offer Grobler a contract was based on "requirement, character references, skill-set and experience of playing at top-level rugby".

"The Munster Rugby offer and contract was sanctioned by the IRFU, as are all contracts for international signings," the statement said.

Asked if the province’s standing had been diminished by signing a player who had served a ban for taking a banned anabolic steroid, Munster Rugby responded: “Not at all.

“Munster Rugby is a people-first organisation.  The character references and recommendations from people we respect were paramount in our decision to recruit Gerbrandt from Racing 92 for the 2017/18 season.

“Secondly his ability to contribute to the squad was similarly confirmed by those who have previously worked with him.

“Based on our assessment of the player’s suitability and the knowledge that he had international clearance from World Rugby, Munster Rugby were satisfied to give Gerbrandt the opportunity to continue his chosen career as he moved on from Racing 92.

“We support Gerbrandt’s inclusion in our squad, and at this stage he has represented Munster in the preseason game against Worcester Warriors in August, and most recently lined out for Munster A against Nottingham in the British & Irish Cup.

“All parties were aware of Gerbrandt’s admission of guilt to the use of a banned substance in 2014, the two year ban set out by the governing body, and his eligible return to play professional rugby when signing for Racing 92 in October 2016.

“The decision to offer Gerbrandt a contract was based on requirement, character references, skill-set and experience of playing at top-level rugby.”

Asked what message the decision to offer Grobler a contract sent to members of the Munster Academy about drug use, Munster replied: “There are no mixed messages internally. As an organisation Munster Rugby’s stance on doping is in line with Irish Rugby and World Rugby and we support, and action, all efforts in ensuring and promoting a drug-free sport.

“All agree, including the player himself, that what he did in 2014 was wrong. Gerbrandt is an example to others, in particular our younger players, as to why you should not dope in sport – he nearly threw away his career because of a bad decision he made. Gerbrandt’s experience is a deterrent to any young player in our system.

“Munster Rugby have fantastic support staff in place for players who come through our development system and they are in place to educate players on supplement use and our food-first approach.”