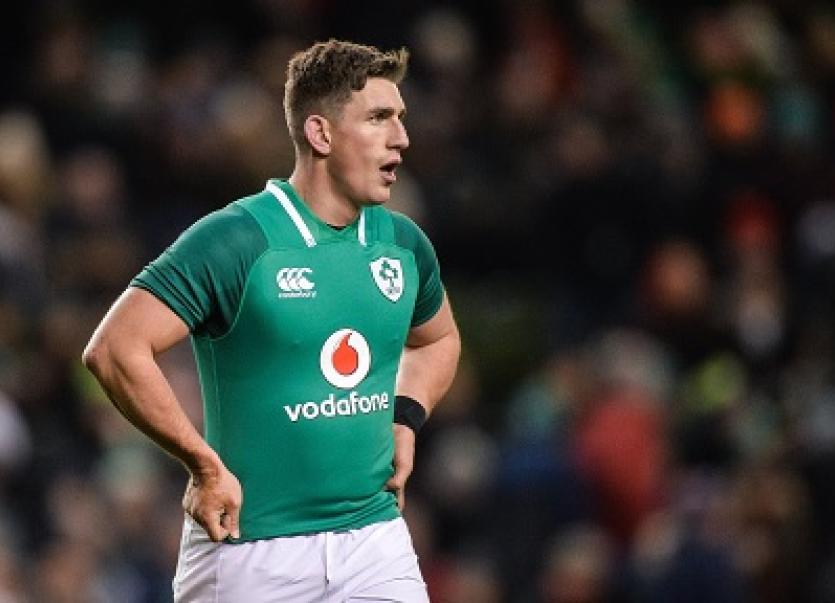 Ian Keatley, who has been named in Ireland's Six Nations squad

There are 10 Munster players in Joe Schmidt's Ireland squad for the upcoming NatWest Six Nations. There are six Munster backs named in the 36 man squad with Rory Scannell included alongside his centre partner Chris Farrell.

Ian Keatley, Andrew Conway and Keith Earls are all rewarded for their fine form, while Darren Sweetnam has missed out on an initial call up.

In the forwards, CJ Stander, Peter O'Mahony and Dave Kilcoyne are joined by John Ryan. Hooker Niall Scannell and backrow Tommy O'Donnell miss out on selection due to lack of game time and injury respectively.

Joe Schmidt, Ireland head coach commented,"It's been great to witness some quality performances from provincial teams over the last seven weeks of European and derby matches, with a number of players performing well.

There were some very tight decisions but it's great to see some competitive depth in a number of positions."

There are a number of players unavailable through injury: Finlay Bealham, Jamie Heaslip, Sean O'Brien, Rhys Ruddock, Tommy O'Donnell, Luke Marshall, Garry Ringrose, Jared Payne and Craig Gilroy as well as Niall Scannell who is due to return to action in the coming weeks.