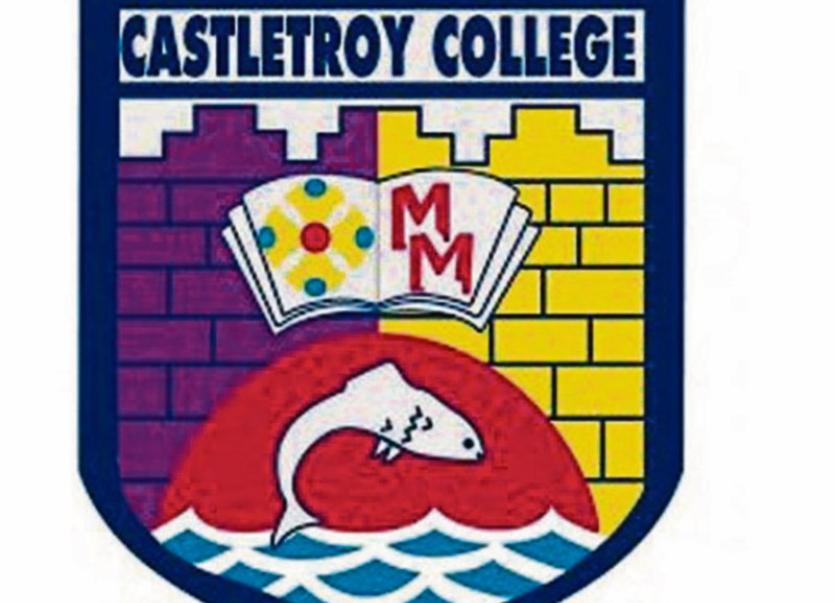 CASTLETROY College experienced a mixed opening day in the Clayton Hotels Munster Schools Cups as their seniors fell to a 25-8 defeat to holders PBC, while their junior side scored a thrilling 19-17 victory over the same opposition at Muskerry RFC, Co Cork, on Tuesday.

After failing 10-0 behind in their Senior Cup game, Castletroy rallied strongly with a penalty goal from Sam Burns and a try from Eoin Murphy reduced the Cork side’s lead to two points.

However, Pres’ ran in three second half tries to ease to victory and reach the quarter-finals. Castletroy can still make the last eight either by receiving a bye or winning a play-off game  next week.

The draw to decide the bye is due to be made on Thursday, following the completion of the first round fixtures.

The Castletroy College Junior Cup side is safely through to the quarter-finals thanks to a superb 19-17 win over a fancied PBC side in the curtain raiser at Muskerry RFC.

Castletroy, who led 9-7 at half-time, had 14 points, four penalties and a conversion, from the boot of the highly impressive Jack Oliver, while Conor O’Shea scored a crucial try.

The Limerick side took a grip on proceedings in the third quarter as Oliver slotted over his fourth penalty to increase their lead to 12-7, four minutes after the restart.

Three minutes later, the Limerick side scored their only try as Conor O’Shea barged over in the corner after intercepting a PBC pass inside their own 22. Oliver added the conversion from a difficult angle.

The converted try gave the Limerick side a significant cushion at 19-7.