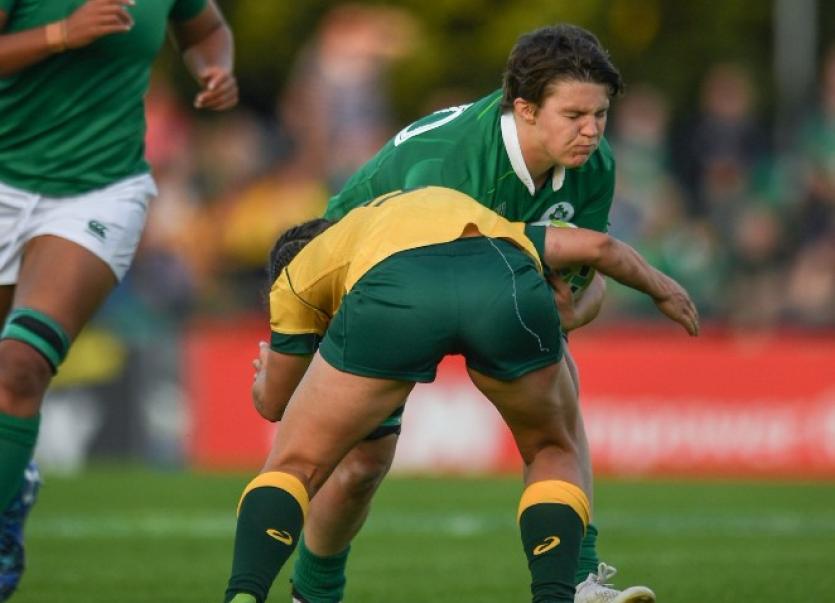 Griffin, who made her Ireland debut in the 2016 Women's Six Nations against Wales, has been capped 17 times for her country, and was part of the Munster side that claimed this season's Inter-Pro title in December.

"Having watched all of the interprovincial games, as well as reviewing Ireland's games from the past couple of seasons - Ciara stood out to me as a natural leader. What's clear to me is that she is hugely passionate about pulling on the red jersey of Munster and the green jersey of Ireland and every time she takes the field, not only does she give everything she has, she also has the ability to help others lift their game when needed.

Having worked with her during Ireland camps over the past number of months, I have been really impressed with her work ethic, her attention to detail and how she engages with the other members of the squad and I'm looking forward to seeing her take on the captaincy role and leading from the front.”

On her selection as captain, 24 year old Griffin said;

We have gotten through a lot of work over the last number of camps and things are shaping up well ahead of the Six Nations getting underway.

With the new coaching team and some new players involved, alongside those with lots of international experience, I'm really looking forward to kicking things off over in France in a few weeks' time.”

"Since she made her debut in 2016 against Wales, Ciara has shown great leadership qualities both on and off the field. She plays with her heart on her sleeve and is a clever and composed individual.

Apart from Ciara demonstrating outstanding leadership qualities, her appointment as captain is a big positive for the future development of the side. At 24 we see Ciara being a part of the Ireland Women's set up for a number of years and through to the next Women's Rugby World Cup and beyond, so we are really pleased she has accepted the captaincy and we look forward to seeing her in the role”.

Ciara hails from Tralee, Co.Kerry and works as a primary school teacher in Limerick. She began playing underage rugby with Castleisland RFC and then moved to Tralee RFC at senior level. She moved clubs to UL Bohemian at the start of the 2016/17 season and helped the Limerick side lift the Women's AIL, defeating holders Old Belvedere in the final.

She progressed through the Munster underage sides ahead of making her senior debut in 2012.

Ireland will face Wales on the 21st of January in an uncapped warm-up fixture at the CCB Centre for Sporting Excellence, Ystrad Mynach, Caerphilly before they get their Women's Six Nations underway against France on the 3rd of February in Toulouse,

They will then play Italy, Wales and Scotland at home in Donnybrook before meeting England in their final game at the Ricoh Arena in Coventry.

Tickets for Ireland's home games are available now via ticketmaster.ie