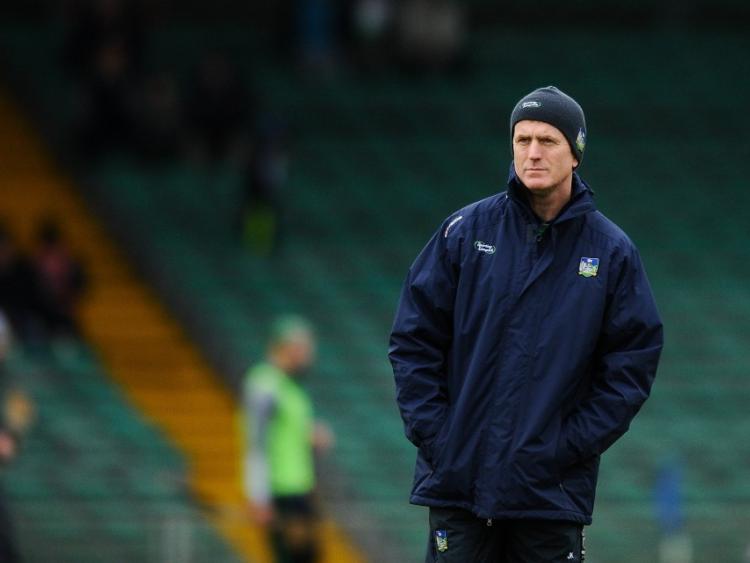 “IT’S only January 14 so let’s not get carried away,” said Limerick manager John Kiely.

His side had just beaten Clare 0-16 to 0-10 to win the Co-Op Superstores Munster Hurling League title in the Gaelic Grounds.

Kiely was quick to point to the calendar but Limerick were clearly happy with this early season success.

“I was happy with that performance - it was probably our best performance since I got involved with the team in the last year and a half but we still have a lot of work to do,” he explained.

“It’s a step in the right direction - it sets us up like we would have liked ahead of the Allianz League but I have no doubt there will be some tricky fixtures along the way in that.”

Limerick begin their Division 1B campaign against Laois in the Gaelic Grounds on January 28 and will also play Offaly, Dublin, Antrim and Galway.

‘We have had a couple of good weeks - we didn’t go back too early and the boys are fresh. We have a few hard weeks done alright but in the main the boys are fresh and they had a good break after the season finished last year and I think we are reaping the rewards of that at the moment.”

Kiely added: “There is a lot of talent there and they are mad for work”.

“It was a very competitive game and I think both teams went for it and from our perspective we are very happy with the performance and with the way we played and kept our shape and threatened - we got some pretty decent ball into our inside forward line and overall they worked hard the player attitude, application and work-rate was most pleasing.”

Limerick won by six points after Clare failed to score for 30-minutes in the second half.

“It was a very physical game - I think the scoreline probably flatters us a little because Clare had a couple of wides in that second half that they would not be accustomed to and it could have been much closer. They also had the best goal chance of the game and we didn’t get any really and they had one,” said the Limerick manager.

‘The most pleasing aspect was the way we held our shape and we probably controlled good portions of a the game and defensively we were very sound and that allowed us get good ball into the forwards. There is lots for us to improve on - we created no goal chance, missed a good few shots at goal and we allowed them get a lot of shots off - ok they went wide today but they won’t go wide everyday,” he outlined.

“There is a long long year there yet before we end up in Ennis next June. It’s a pleasing performance but we got to keep building over the next few weeks.”