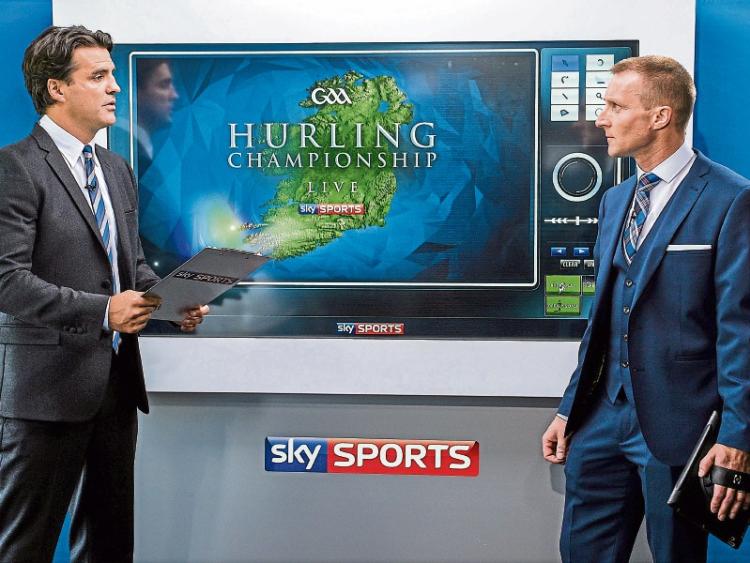 Could the Limerick hurlers be set for Sky Sports again?

THE Limerick hurlers appear set to once again have a Munster SHC game televised exclusively live on Sky Sports this summer.

It appears Limerick v Cork in round two of the Munster SHC will be on Sky Sports – the game will be played in Pairc Ui Chaoimh on Saturday June 2.

There is a possibility that more Munster championship games will be shown by Sky Sports but the final details and fixtures times are yet to be confirmed.

Limerick begin their championship on May 20 against Tipperary in the Gaelic Grounds – two weeks before the trip Leeside.

Entry for juveniles (U-16s) will be €5 and a €5 concession will apply for OAPs and students.

Because of the various stadium capacities, it appears there will be no ticket packages.

Season ticket holders will be entitled to purchase a ticket for each of their team’s four matches.

Meanwhile, this Monday, Munster GAA’s full-time secretary Simon Moroney tendered his resignation. The Clare man will finish his employment with the council on May 6.

Moroney, was appointed chief executive of the Munster Council following the shock departure of Pat Fitzgerald – the former Limerick GAA chairman stepped down in January 2013. Prior to the Doon man’s appointment, Moroney had served a previous five years in the full-time role.