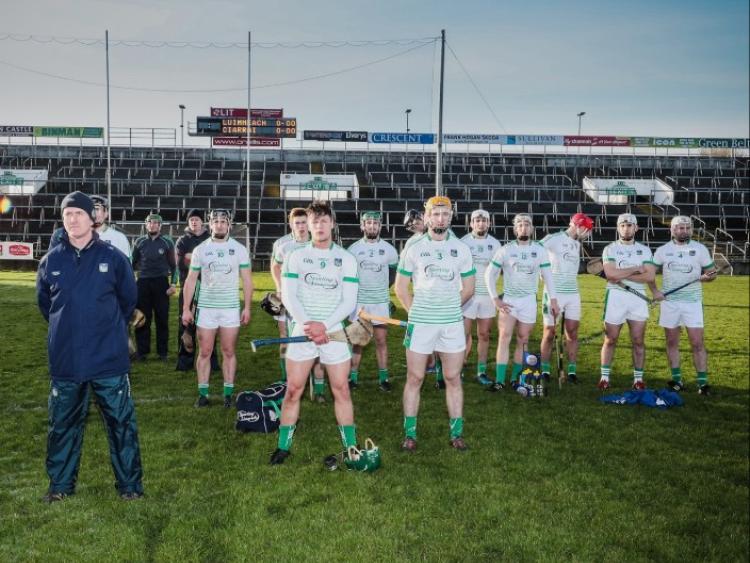 LIMERICK qualified for a fourth successive final of the Munster Hurling League with this win over Kerry.

Limerick were scheduled to play Clare in the Gaelic Grounds in the third round of this early season provincial competition next Sunday and with both have already qualified for the final the January 14 fixture will double-up as the final.

In front of an attendance of 485, Limerick made six changes from the previous weekend’s win over Cork. William O’Meara and Daragh Fanning were handed debuts while Barry Murphy made his first start. In the course of the win there was a debut for Paddy O’Loughlin.

Limerick led by 17-points at half time but Kerry looked stronger in the second half, winning 1-12 to 0-8 – Limerick perhaps feeling the effects of a second game over the weekend following a Saturday morning challenge game win over UL.

Limerick were 3-11 to 0-3 ahead by half time with seven different scorers on the mark.

Seamus Flanagan had two goals in that 35-minute period with Barry Nash also finding the net.

Flanagan opened the scoring with a point and a Padraig Boyle free replied. But Kerry then had to wait 18-minutes for their next score by which time Limerick had 1-6 on the board with Declan Hannon, Aaron Gillane, Barry Nash and Andew La Touche Cosgrave all scoring from play.

The first goal came in the seventh minute when Flanagan finished after fine approach play from Nash.

Darragh O’Donovan and Cian Lynch added their names to the scoresheet before Flanagan had his second goal in the 30th minute.

Before Kerry could settle Barry Nash drilled a low drive to the net for a 3-9 to 0-2 lead.

The only Kerry score from play came in the 32nd minute from Daniel Collins.

In a half when the sides shared 10 wides, Limerick led by 17-points at the break.

In the second half, Kerry were stronger and hit five successive points after Gillane and Nash were on the mark early for Limerick.

Paddy O’Loughlin scored on his debut from wing back in the final stages as Limerick sealed the win.