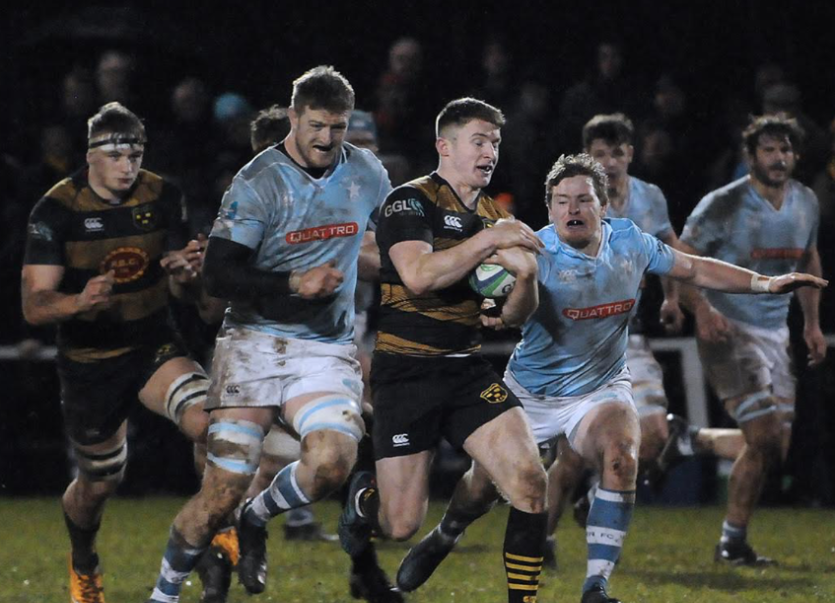 Young Munster closed the gap on near neighbours Garryowen in the Ulster Bank League this evening with a 25-0 win at Tom Clifford Park.

Tries from Gavin Ryan, Ger Slattery and Fineen Wycherley closed the gap between the home side in sixth and fifth placed Garryowen to just five points after 11 rounds.

Leading 13-0 at the break thanks to Gavin Ryan's try and eight points from the boot of Airey, Munsters' continued their dominance of the game with two more tries from the base of line out mauls. First from the elder statesman Slattery quickly followed by the young Munster starlet Fineen Wycherley.

The win sees's Munsters' start to look up the table as opposed to down as they recorded their fifth win of the season. Next up for the 'Cookies' is an away trip to Clontarf on January 27, while Garryowen have the small matter of the Munster Senior Cup final against UL Bohemians next Friday night at Thomond Park.

In Division 2B, Old Crescent made it eleven wins from eleven with a 40-19 home win over Sunday's Well at Rosbrien. The Limerick side are now 12 points clear of Rainey OB, who have two games in hand.