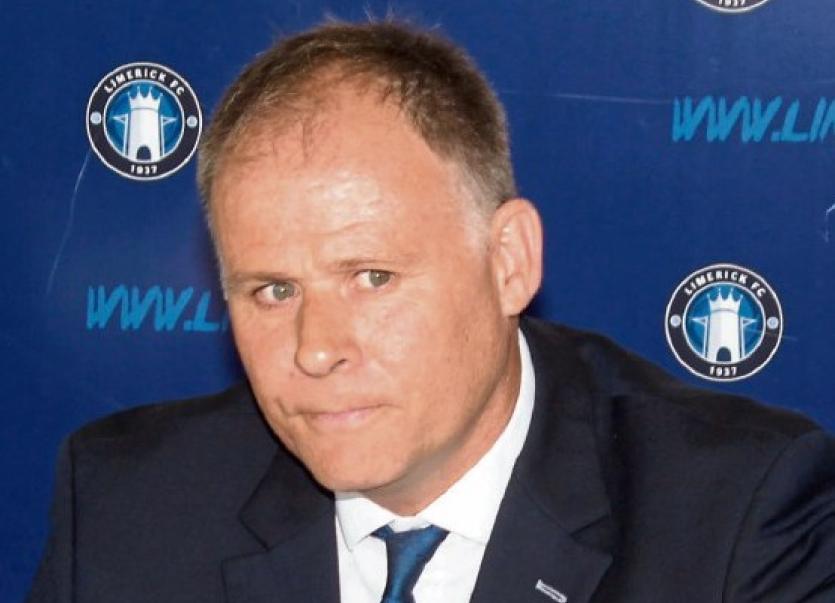 LIMERICK FC have been dealt a huge blow just weeks ahead of the new season as manager Neil Mc Donald has left the club.

With pre-season having only just begun this very week, the Super Blues are now managerless as McDonald leaves Limerick to take up an assistant manager role with English League One club Scunthorpe United.

Limerick are down to play Sligo Rovers on February 17 at 7.45pm in their Premier Division opener

A full statement from the club reads:

"Limerick FC have reluctantly accepted the decision of Neil McDonald to leave his position as first-team manager of the club in order to take up an opportunity in the UK, in the role of assistant manager at English League One club Scunthorpe United.

The club received an official approach from Scunthorpe and having consulted with Neil, he made the decision to hold talks with the Lincolnshire-based side.

All parties have come to agreement, and Limerick FC at this stage would like to place on record the professionalism displayed by both Scunthorpe United FC and Neil McDonald in these dealings.

Chairman Pat O’Sullivan, on behalf of the club, thanked Neil for his contribution to Limerick football since his appointment last May, having secured our Premier Division status and led us to a first FAI Cup semi-final appearance in 23 years.

Pat O’Sullivan stated: “The club and myself are naturally disappointed to be losing Neil at this time. However, when an opportunity like this is presented to your manager, where there is potential for him to be in the English Championship next season, Limerick FC is more than happy to fully back Neil and support him in taking up this position.

“It is also a compliment to Limerick FC that even though Neil has only been with us a short time, that his work has been rewarded with this very positive opportunity in his career. We thank Neil for his contribution to Limerick football in his time here.

“We also thank Neil for his help in the development of our young players, which brought about a rare opportunity for a League of Ireland club to have one of its players trialled at one of the top English Premier League clubs – that is a compliment to Neil’s managerial ability. In mentioning that, I must note the terrific work being done with our young players by our coaches throughout the club, in the first team and Academy structure.”

The Chairman added: “I wish to place on record Limerick FC’s thanks to Scunthorpe United FC for their professionalism in their dealings with us and we wish both Scunthorpe and Neil the very best of luck.”

Neil McDonald arrived at Limerick with the aim of preserving the club’s top-flight status in our first season back in the Premier Division, and he believes he achieved his three objectives during a “fantastic time” on Shannonside.

Neil said: “I had a fantastic time at Limerick even though it was a short period. I came to do a specific job; to help the club maintain its Premier status, to thin the squad out as it was top-heavy and to give the young players a chance – I’d like to think that I achieved all three.

“I want to thank Pat O’Sullivan, the Board and all the staff for helping me to settle in so well. It can be hard to settle when you move to a new country but thanks to everybody at the club I was able to do that quickly.

“Limerick will always be my club in Ireland; I will watch them every chance I get and hope that they do very well, which I’m sure they will. I had a great time and I wish the club the best of luck.”

Scunthorpe United are currently chasing promotion to the English Championship having so far enjoyed a fine season, and we wish Neil and his new club well in achieving their ultimate aim in the remainder of the campaign.

Today, Limerick FC will commence pre-season training which will be overseen by Eric Kinder, who remains at the club having worked as assistant to Neil McDonald.

The club will explore its options and in due course confirm our permanent management structure for the 2018 season which kicks off on 17 February.

The club have provisionally arranged four pre-season friendlies, including two at the Markets Field later this month, which will be announced once FAI clearance is confirmed.

The club will update our supporters on developments throughout pre-season, as our squad-building process continues ahead of our first warm-up match in just over a fortnight’s time.