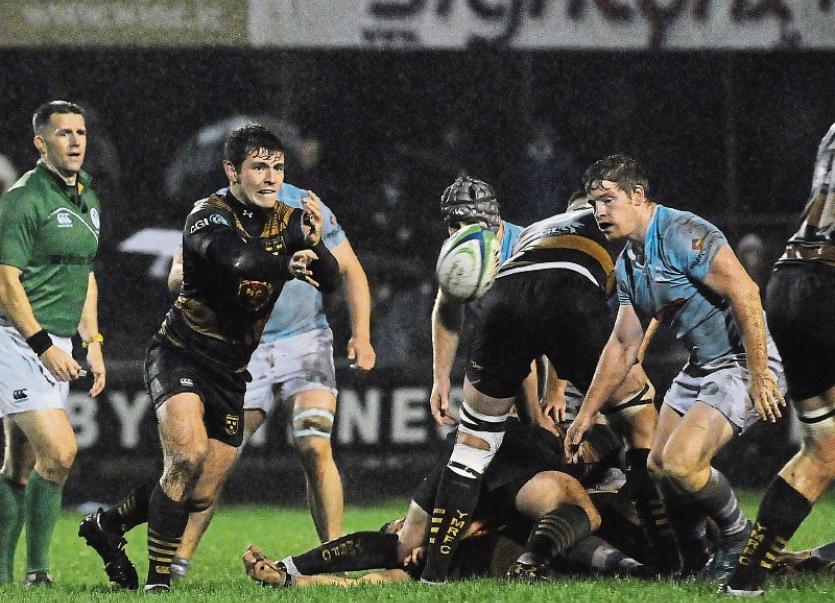 THE domestic rugby season returns this Friday night as Young Munster host Garryowen in Round 11 of the Ulster Bank League.

The two sides will meet under the lights at Tom Clifford Park on Friday night with a 7.30pm kick off sure to attract a very large attendance.

The two sides are currently sitting in mid table with the result on Friday night of vital importance to both, aside from the local bragging rights.

Garryowen enter the game as the form side. The Light blues are fifth in table, with six wins from their opening 10 games. Conan Doyle's side are eight points clear of Young Munster, who lie in sixth.

The Dooradoyle side also have a Munster Senior Cup final to look forward to on January 12 at Thomond Park against UL Bohemians. The light blues got one over on Cork Con in that semi final, bringing an end to the Cork side's dominance of the old trophy, having won the last five in a row.

Young Munsters' the hosts on Friday night, will enter the game knowing that nothing less than a win is needed if they are to make another late season run for the playoffs.

Gearoid Prendergast's side claimed an all important win over Terenure in Round 9 and know that a win in Round 10, against their arch rivals, would kick start a season which has been slow to find it's rhythm. The ‘Cookies’ have won only four of their opening 10 games and currently lie just six points off of a relegation playoff spot.

Action also returns for Limerick's two sides in Division 1B. League leaders Shannon will host Naas on Saturday in what is sure to be a cracking tie between two sides who are amongst the favourites for promotion.

UL Bohemians, who are currently in ninth spot in 1B, travel to Old Wesley knowing that four points are vital to stay ahead of Dolphin.

Also on Friday night, Old Crescent host Sunday's Well at Rosbrien at 7.30pm. Old Crescent are looking to maintain their 100% record having won 10 from 10 so far this season.