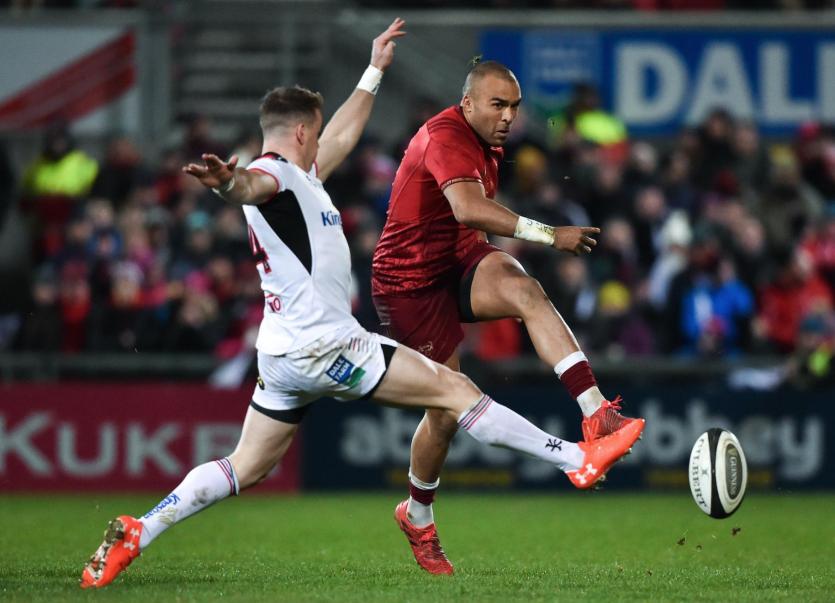 Munster were left wondering where it all went wrong this evening, as they surrendered a 17 point half time lead to leave Ravenhill on the end of a 24-17 loss to Ulster in the Pro14. Munster were reduced to 14 men when Sam Arnold was sent off for a high tackle on Christian Lealiifano after an hour.

With the score 17-5 at that point, the comeback from Ulster was still impressive in itself, with Craig Kilroy the hero for the northern side as he crossed the white wash twice. 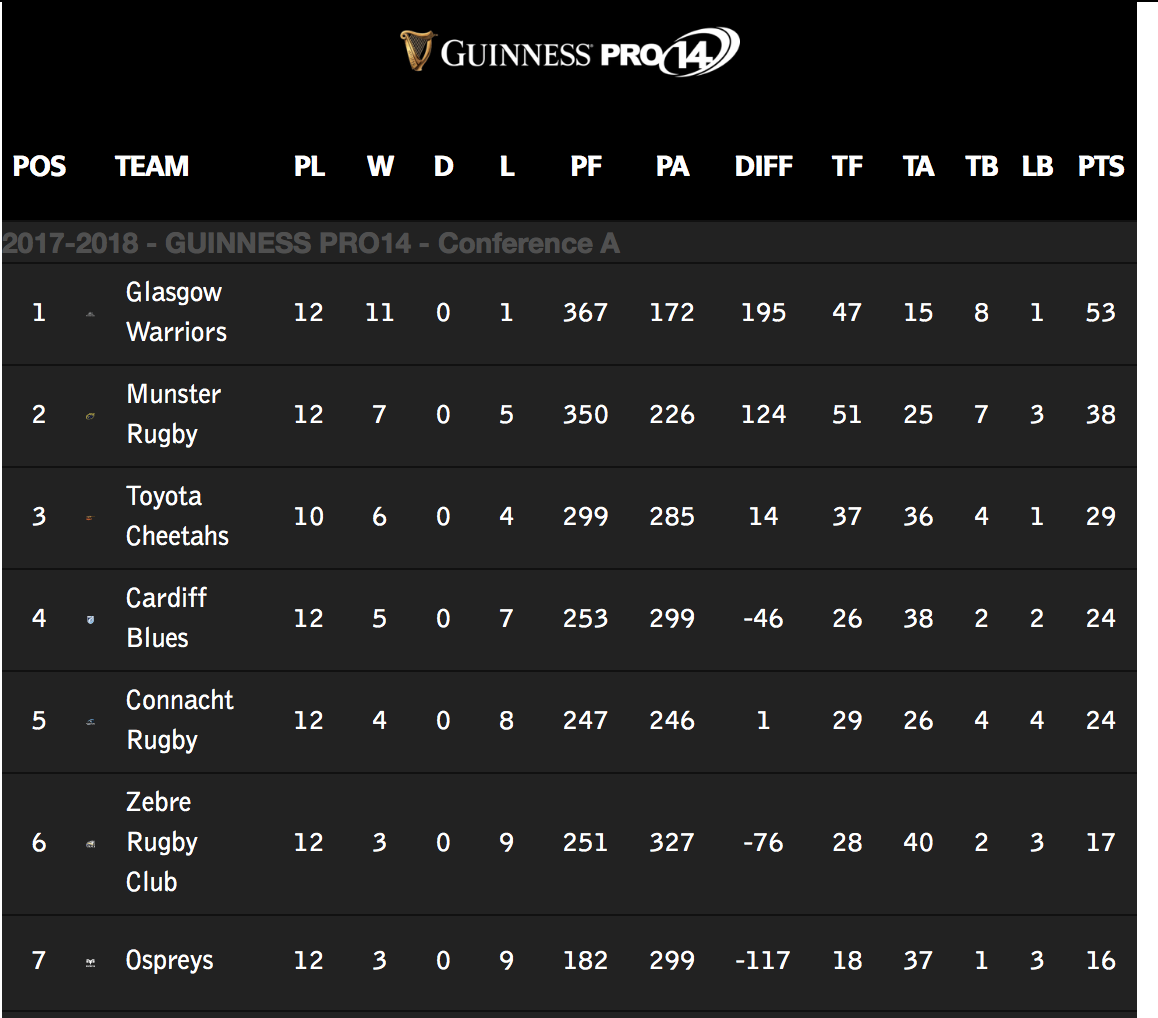 The opening 10 minutes was littered with errors from both sides as the two teams tried to get used to each other, such were the numbers of personnel changes on both sides. Munster did have a chance to take the lead as early as the second minute, however JJ Hanrahan was wide with a shot from the tee.

Munster were also fortunate after 10 minutes that John Ryan was not penalised further (only a penalty) after he tackled former team mate Jean Deysel, taking the South African's legs above the horizontal.

Munster opened the scoring after 13 minutes, following a number of attacking mauls from a dominant line out. Niall Scannell was at the back of the maul to dot down the first five points of the evening at a sold out Ravnehill. (Conversion missed by Hanrahan)

The 24th minute brought what was almost a replay of the first try. Once more, Munster mauled from a 5 metre lineout and finished the score as if there was no pack there to stop them. Once more it was Niall Scannell who was at the back to score his second try of the night. However, Hanrahan once more missed the conversion, to leave the score 10-0.

Things got even better for the Munster men when, in the 35th minute, their forwards were awarded a penalty try for a dominant scrum. The chance to attack Ulster came from a scrum in Munster's own half off of which Duncan Williams elected to kick downfield.

Such was the quality of the kick and the chase from Calvin Nash and JJ Hanrahan, that Charles Piutau was left with no choice put to try and run from his own dead ball area. However the Ulster full back was tackled in the area, handing Munster the attacking platform that they would score from.

Ulster did finish the half better than they had started, ending the first forty with a line out just five metres from Munster half. However the home side were not able to make the field position count as Jack O'Donoghue came through the middle of the maul to stop the Ulster men's only hope of opening their account in the half.

Ulster did start the second half like their lives depended on it. For a full ten minutes they stayed in Munster's half before John Cooney was on hand to snipe over under the posts after a sustained period of pressure. However referee Sean Gallagher decided to disallow the try much to Munster's delight.

With the game losing some of its earlier intensity, Munster were reduced to 14 men after 55 minutes when Fineen Wycherley was sin binned as a result of a team warning. Ulster went to the corner of the resultant penalty, but were unable to cross the line even with an extra forward.

However, the hosts only had to wait another few minutes to opening their account as Darren Cave broke through the Munster defence after 58 minutes to make the scores 17-5. Cooney's convert added the extra two points, however during the time it took for the kick to be taken, referee Gallagher asked to see Sam Arnold's tackle on Christian Lealiifano. The TMO and the referee agreed that it was a red card offence and Munster were reduced to 13 men after 59 minutes. (Wycherley in the bin)

Ulster made hay while they could and Craig Gilroy crossed for Ulster's second try following an excellent cross kick grubber from Darren Cave. With Cooney missing the conversion, the score was 17-12 after 63 minutes.

The sides were level after 73 minutes when Craig Gilroy crossed for his second try of the night as Lealiifano and Cooney were on hand to put the Irish international winger away. Cooney kicked the extras to complete a miraculous turnaround, having trailed by 17 points, the home side were now 19-17 in the lead.

Things went from bad to worse for Munster as Ulster secured a bonus point win with a last minute try from Rob Lyttle. When Cooney missed the conversion, Munster were left with just a losing bonus point for their efforts.

What a second half we are having in Belfast!@Munsterrugby have seen Sam Arnold red carded and @UlsterRugby have got the bit between their teeth. Tune into @BBCSPORTNI to watch the last 15 minutes!#GUINNESSPRO14 #ULSvMUN pic.twitter.com/WmvTKezeGa

75 - Ulster Try - Craig Gilroy once more. Over the defence pass from Lealiifano, converted by Cooney. 19-17

79 - Ulster Try - Rob Lyttle, hands from Herring and Lealiifano put him away.

What a brilliant second half from @UlsterRugby