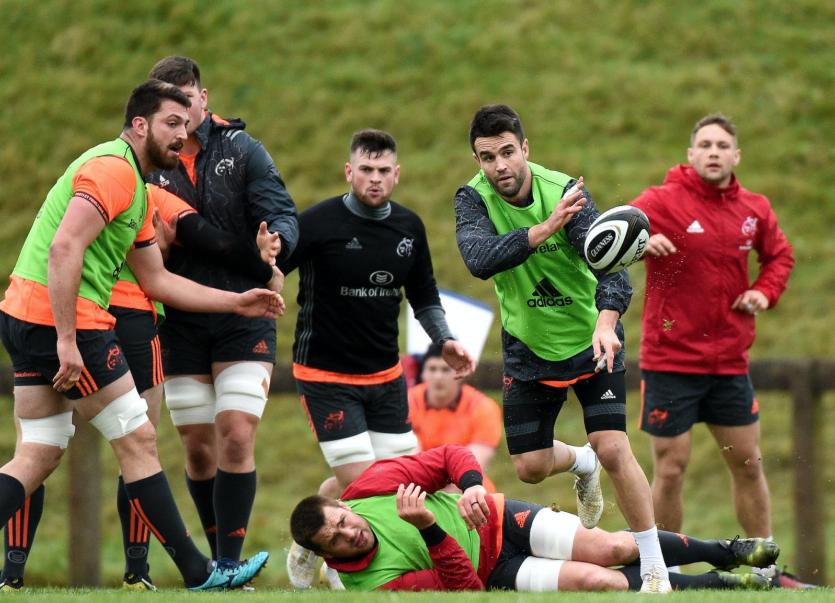 Conor Murray in training with Munster this week

Munster have named a strong side to take on Leinster on St Stephen's Day at a sold out Thomond Park.  Head Coach Johann van Graan makes four changes to the side that defeated Leicester in the Champions Cup last weekend (Munster v Leinster December 26 - 3.15pm).

Returning to the side are Rhys Marshall and Andrew Conway with both players successfully completing their return to play protocols.

Keith Earls and Tommy O’Donnell are also named to start for the first time since Connacht in round seven.

In the back three, Earls takes the place of Alex Wootton on the wing while Conway replaces Simon Zebo at fullback, joining Darren Sweetnam who once again retains the number 14 jersey.

The midfield paring of Rory Scannell and Sammy Arnold, and half backs of Conor Murray and Ian Keatley are as they were.

O’Donnell completes an international back row that includes last week’s try scorer CJ Stander and Captain Peter O’Mahony who becomes the latest player to make 100 appearances for the province.

Kleyn and Holland continue their second row partnership as Marshall joins the unchanged props of Dave Kicoyne and Stephen Archer.

Named in the replacements is James Cronin who is returning from a calf injury sustained while playing for the Barbarians against Tonga in November. 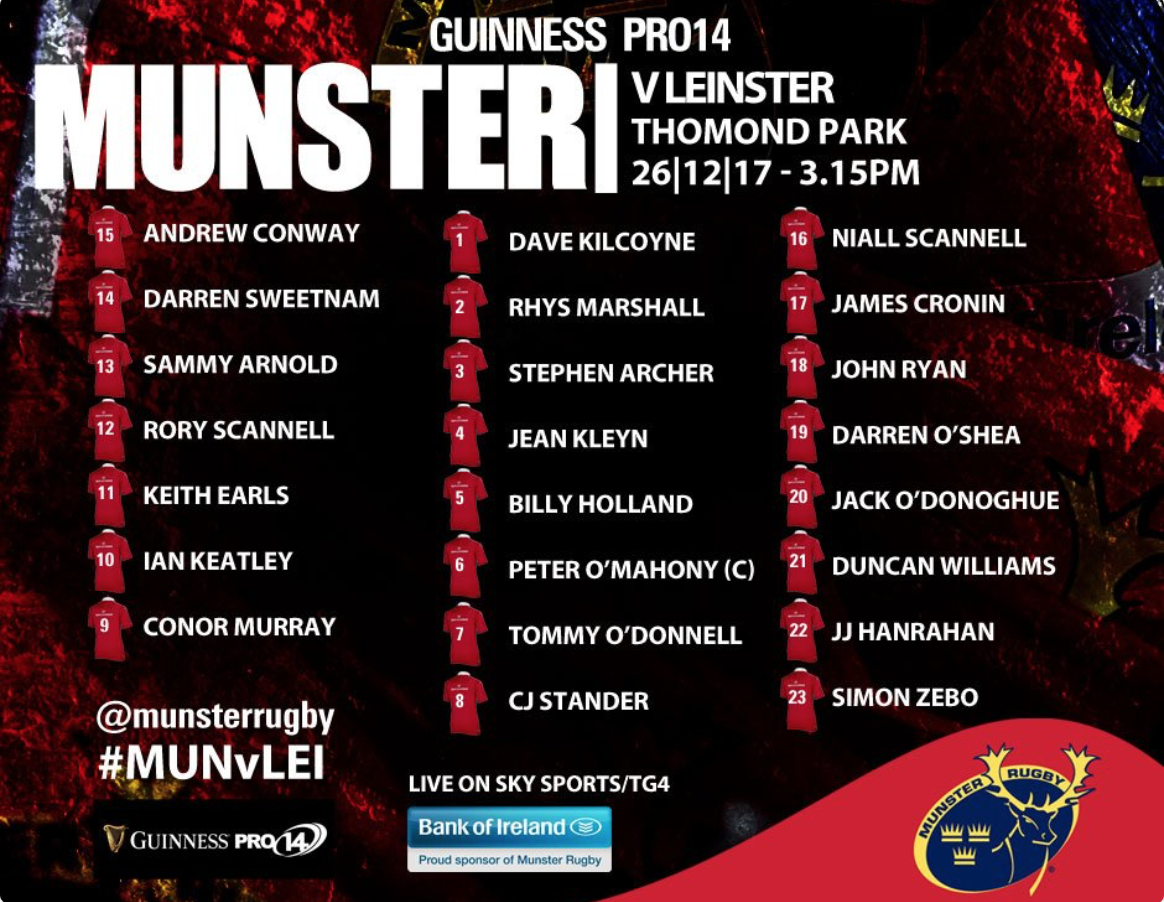 Meanwhile, Leinster Rugby head coach Leo Cullen has announced his match day 23 to face Munster. Leinster Academy back Jordan Larmour makes his first senior start at full back with Barry Daly returning from ankle injury to take his place on the right wing.

On the left wing new signing James Lowe makes his second appearance in blue after his two-try debut in Italy a few weeks ago.

Robbie Henshaw and Rory O’Loughlin are selected in the centre together for the second time this season. They last started a game together in the centre in the corresponding fixture at the Aviva Stadium in October. O’Loughlin scored two tries in that game.

Jamison Gibson-Park and Ross Byrne are the half backs for the Round 11 clash.

In the pack Jack McGrath captains the side for the first time ever. The St Mary’s club man who has played 121 times for Leinster and 42 times for Ireland is joined in the front row by fellow internationals James Tracy and Michael Bent.

In the second row Devin Toner and James Ryan will start with Jordi Murphy, Dan Leavy and Jack Conan completing the pack.