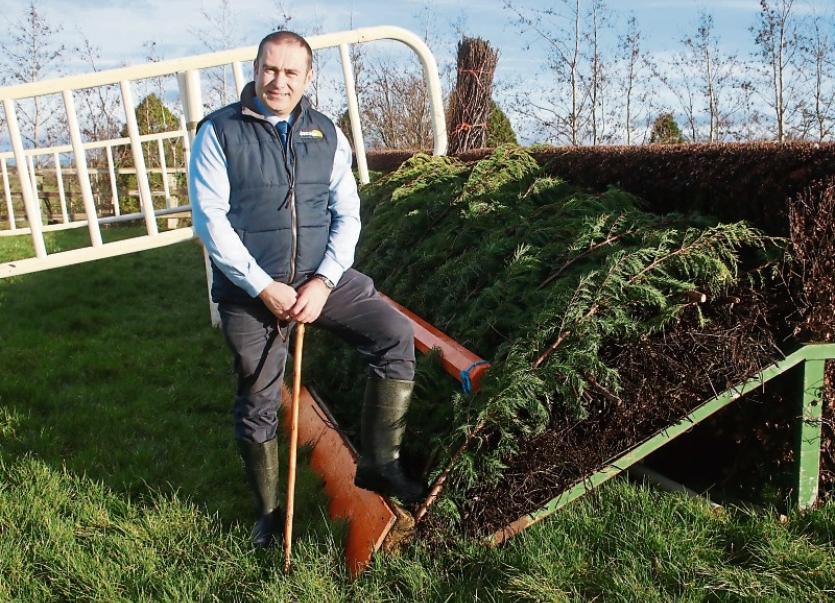 THE Limerick Christmas Racing Festival - the biggest National Hunt meeting in Munster - is expected to break the 40,000 attendance barrier again this year.

The four-day racing bonanza, which runs from St Stephen's Day to December 29 at Greenmount Park, is set to boast more than €470,000 in prize money.

All 28 races, over the four days, are sponsored. Pre-sales at Limerick Racecourse for next week's festival indicate that 2018 is going to be the biggest yet.

Several horses which have won in Limerick at Christmas have gone on to enjoy hugely successful National Hunt seasons in both Ireland and the UK, with the likes of Penhill, Faugheen, Martello Tower and Weapons Amnesty all going on the win at the Cheltenham festival the following March.

"There are people who come racing on St Stephen's Day here who, to be fair, may not come very often, during the remainder of the year. We know that.

"It is a big social event. There is more than just the racing side of it. People who come racing here on St Stephen's Day know they are going to meet people they know, have a bit of craic” O'Callaghan added.

Limerick will be busy on St Stephen's day with Munster also in action against Leinster at Thomond Park. Limerick race course have that covered too.

"The Munster match is kicking off at 3.15pm inside in town on St Stephen's Day. People who come racing can watch the game on our new 75 inch TVs”

O'Callaghan also admits that if you do not know anything about racing, then there is still fun to be had,

"Sometimes people may get hung up a little bit about not knowing much about racing, but you don't need to know a lot about racing to enjoy it. If you haven't come before, take a chance and you're sure to have a good time”

The all important weather seems to be playing its part too this coming season.

"The weather forecast is very good, there is no sign of frost in it and only minimal rainfall, so we are all looking forward to it”

Events from Greenmount will also be beamed nationwide with coverage being provided on RTE.

“The feature race on each of the four days will be carried live on RTE TV.  The RTE exposure, in my opinion, is vital. It puts us into every house in the country, whereas with the racing channels, which are very good, you are dealing with the converted.

"The RTE coverage gives you access to the people who might just watch racing on St Stephen's Day as they always do. It let's them know we are here too alongside you, so come and see us” added O'Callaghan.

Often form shown at Limerick over Christmas can be seen later in the season elsewhere confirmed O'Callaghan.

“A Cheltenham Festival winner will nearly always come out of Limerick at Christmas each year. That is great for us, very positive. It shows the racing here is very strong.

St Stephen's Day is traditionally the busiest day of the Festival with the first race due off at 12.35pm. The feature race on a highly attractive card is the McMahons Builders Providers - New Online Store Just Launched Novice Steeplechase - Grade 2 Novice Steeplechase worth €44,500.

The Gigginstown House Stud-owned chaser was a Grade One winner over hurdles and stretched his unbeaten record over fences to three with a dominant display in the Drinmore Novice Chase at Fairyhouse earlier this month.

Trainer Gordon Elliott indicated that while Death Duty had also been entered in two races at Leopardstown next week, he is '99% sure the star chaser would come to Limerick.

The last race goes to post at 3.55pm. Live music after racing will be provided by Acoustra and racegoers wishing to watch Munster's Guinness Pro14 fixture with Leinster at Thomond Park can do so on the racecourse's new 75 inch TV sets.

The opening race on day two, Wednesday, December 27, will go to post at 12.20pm with the feature being the Tim Duggan Memorial Grade B Handicap Steeplechase worth €50,000.

The last race on a highly attractive card is due off at 3.45pm. Acoustra will again entertain racegoers after the final race.

Racing gets under way on Thursday, December 28 at 12.35pm with the feature being the Irish Independent Grade 3 Hurdle worth €34,000.

December 28 is also the Sunway Holidays Festive Most Stylish Day which will see a holiday for two up for grabs for the winner.

The last race on day three goes to post at 3.55pm, with a DJ entertaining racegoers after racing.

December 29 is the final day of the Festival with the opening contest due off at 12.30pm.

A DJ will again entertain the crowds after racing.

Under 12’s can attend the Festival on all four days for free when accompanied by an adult.

Food will be again served by the award winning Fitzgerald’s Woodlands House Hotel team from Adare.

Keep up to date with your Christmas Racing news on www.limerickleader.ie